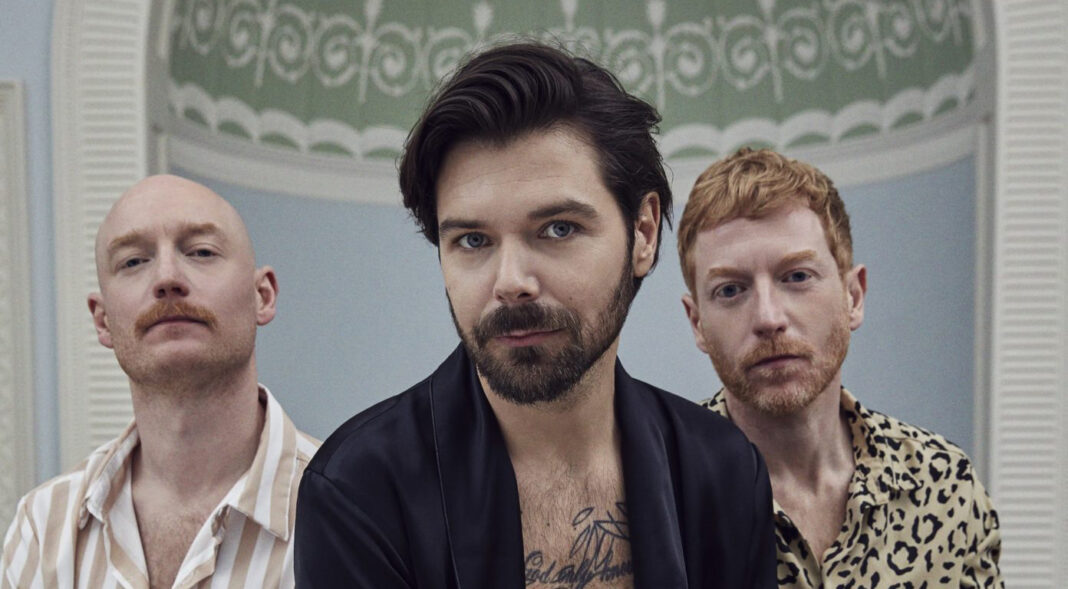 Eight albums in, you might expect Biffy Clyro to rest on their laurels, but never have the alt-rock mainstays been ones to take it easy. With ‘A Celebration of Endings’, the Kilmarnock trio have maintained their uniquely ferocious style while delivering polished, stadium ready tracks that signal a band at the top of their game.

From the first juddering chords of opener ‘North of No South’, to the soaring chorus on lead single ‘Instant History’, it’s clear that the album is tinged with undeniably Biffy sound. But elsewhere, the 11-track record is more experimental. On ‘The Champ’ keys slowly build into a sweary Bond-esque tune that’s shaken with spiky guitars and stirred with strings provided by a 30-piece quartet (directed by Springsteen collaborator, Rob Mathes.) It’s grandiose and scintillating while retaining spoonfuls of that Biffy grit. On ‘Weird Leisure’ the sound is wilder and more chaotic as marching riffs give way into abstract synths followed by a roaring chorus that takes an unabashed look at modern day vices.

Radio friendly single ‘Tiny Little Fireworks’ offers a mid-album chance to stick in an anthemic chant with delectably shoutable lyrics, “hey, hey, hey“. On ‘Worst Type of Best Possible’, the sound builds atmospherically while Simon Neil laments the breakdown of personal and societal relationships with lyrics, “Times are changing, and everybody knows that we can’t get along.”

Languorous ‘Space’ is a quieter moment, harking back to softer tracks like ‘Mountains’, and provides the closest nod to a love ballad with its borderline cheesy refrain, “Will you wait for me? There’s always a space in my heart.” But the romance is short lived as the throaty bass and fragmented guitar of ‘End Of’ kick in and Neil announces, “This is not a love song, that was just a phase,” proving once more that Biffy are at their most powerful when they’re just a little bit angry.

Headline-slot ready lead single ‘Instant History’ builds tempo before breaking into an energetic pop chorus, while glitchy ‘The Pink Limit’ rollocks through layers of blistering guitar before coming to an abrupt end. ‘Opaque’ offers the most stripped back track of the record with its acoustic guitar blanketed by delicate keys, subtle strings and Neil’s Scottish lilt delivered at the top of his range.

Ending on an innovative high, six-minute album closer ‘Cop Spirit’ sees Neil let forth feral screams of “fuck everybody” in a furious outburst before giving way to a cinematic string-fuelled interlude that rebuilds, before culminating in an overflow of frenzied grunge energy that sticks two fingers up to the world. It may not be the burden they want to bear, but with a dynamic album full of high-octane tracks, Biffy proves that there’s plenty of life in the ol’ rock ‘n’ roll yet.