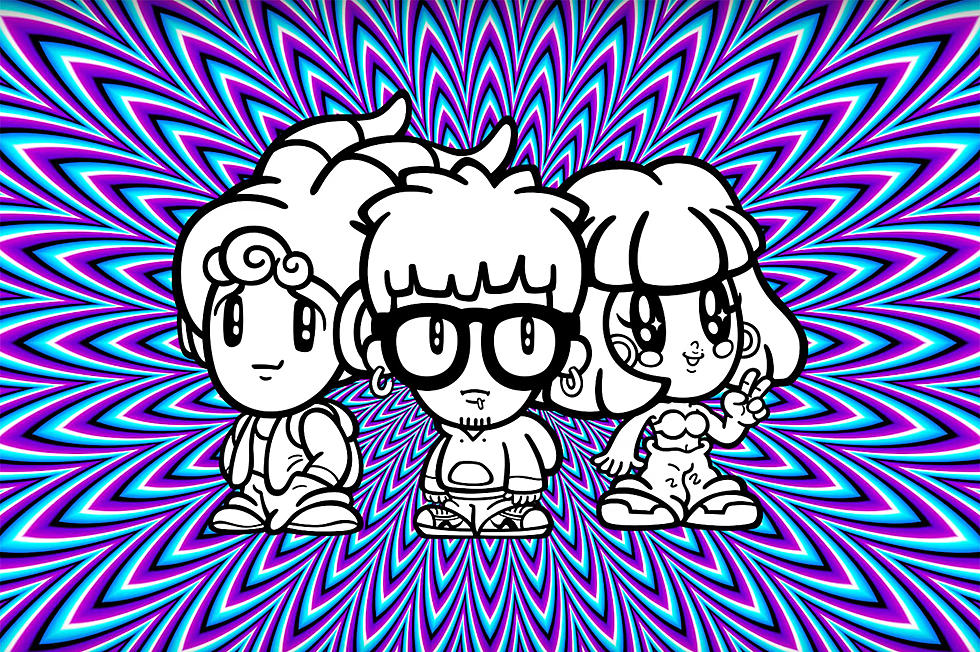 Picture the scene. It’s midday, 70s downtown New York, glass of bourbon in hand. You’re hiding out from some unsavoury associates, ready to skip town at any moment. This is the world St Vincent draws us into with the first track from her new album, ‘Daddy’s Home’, out May. Opening with a honky-tonk piano line and a kaleidoscopic video, Annie Clark’s sleazy disco anthem is somewhere between Scissor Sisters and ‘Fame’-era Bowie and trust us when we say, the upcoming album is fucking fantastic.

Guys! The end is in sight! And India Jordan is helping rid us of our post-rona anxiety and feel buzzed about outdoor pints, snogs with strangers and dancing until dawn. New house jam ‘And Groove’ is another stellar offering from 2020’s most hotly-tipped electronic artist. With a new EP coming in May, India has stepped up to provide the soundtrack to getting your life back.

It’s a ravey kinda week. Charli XCX has teamed up with The 1975’s Matty and George and No Rome for new, pitched-up party of a pop song, ‘Spinning’. Of the track, Charli said: “It’s honestly so cool to have this song with them, I feel like we all speak the same musical language in someway [sic], and that language is stunning/exquisite/tasteful and chic.” Seconded.

We really dig Pom Pom Squad. The New York band’s low-key grungey sound was introduced to us by recommendation of Miss Grit (another NYC favourite). At just one minute 39 seconds, ‘Lux’ has a scuzzy, frantic energy that’s a little bit Courtney Love, a little bit Bikini Kill. Oh, and anyone with cheerleader merch is OK by us.

Well, this one’s bloody catchy isn’t it? Girl In Red has dropped new fast-talking, punk-pop anthem, ‘Serotonin’. It’s a song about mental health struggles, something Marie Ulven has experienced first hand. “I get intrusive thoughts, like cutting my hands off, jumping in front of a bus,” she sings. As Billie Eilish’s mum recently said, in new documentary, The World’s A Little Blurry: “It is a horrible time to be a teenager. Kids are depressed.” Let’s hope this song is a tonic for Marie’s young fans.

There were too many great tracks this week, so highly commended goes to the new ones from Japanese Breakfast, Dominic Fike and Remi Wolf and Emotional Oranges.

Listen to all these tracks and more on our BRAND NEW playlist.