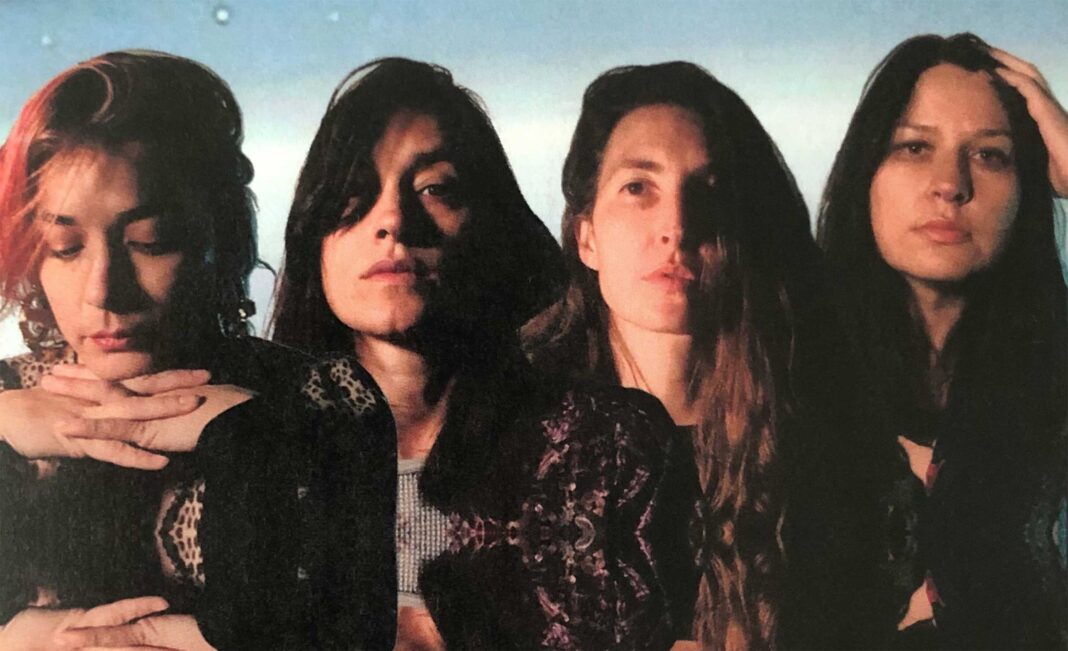 Revelling in the spaces between has always been Warpaint’s thing. Since emerging and defining a particular period of early ‘10s alternative guitar music, their greatest trick has always been to know that less is more: enthralling, aloof, hypnotic… whichever way you want to spin it, their music is about not overloading the listener but waiting for them to come to you. It’s to the quartet’s credit, then, that ahead of long-time-coming new LP ‘Radiate Like This’, they’re still finding new ways to work their minimal ingredients. ‘Champion’ is more dependent on their close harmonies and Stella Mozgawa’s beats than ever, with guitars used more as punctuation than the main point. It’s an intriguing glimpse of what’s to come.

What most shimmering alt-pop songs are missing, we’re sure you’ll agree, is a creeping bassline that lands somewhere between The Strokes’ ‘Juicebox’ and a cartoon detective theme tune. Thank the lord, then, that new Partisan signing NoSo has come to fill the gap. ‘Honey Understand’ could be loosely filed in a playlist alongside Japanese Breakfast or even a sort of more chill King Princess, but NoSo clearly has an ear that’s all their own.

Inspired by cult anime series ‘Death Note’, Grimes’ latest casts her as the blood-eyed protagonist who can kill anyone whose name lands in her bad books. So far; so Grimes. And while ‘Shinigami Eyes’ is unlikely to be the track that history will remember the Canadian disruptor for, it’s a solid enough electronic pulser to remind any doubters that even Grimes 101 is still 100 times more wonderfully odd than most.

By now we’ve realised that the legacy of post-Covid music thankfully won’t be a load of moping acoustic numbers about failed sourdough starters but, instead, a batch of tunes yearning for and celebrating a return to the party. We could attempt a half-arsed theory about lockdown nostalgia that explains why ‘Feels Like A Different Thing’ sounds like it’s buried itself firmly in a club in the mid-’90s, but really, a sort of campy, unashamedly maximalist sense of hedonism has always been at the heart of Confidence Man. Packed with gospel choirs, their latest sounds like what Jungle think they sound like: aka fun.

Based around a sample of Swedish artist September’s 2006 club hit ‘Cry For You’, ‘Beg For You’ retains the ravey spirit of the original, swapping its fully thumping beats for something marginally more drum’n’bassy but very much cut from the same cloth. Of course, the combined pop powerhouse of Charli and Rina will leave their relative Angels and Pixels quaking, no doubt. However, it begs the question, at what point does a sample become just a slightly cheating cover version with new lyrics? Which is probably not the beg they were entirely aiming for.