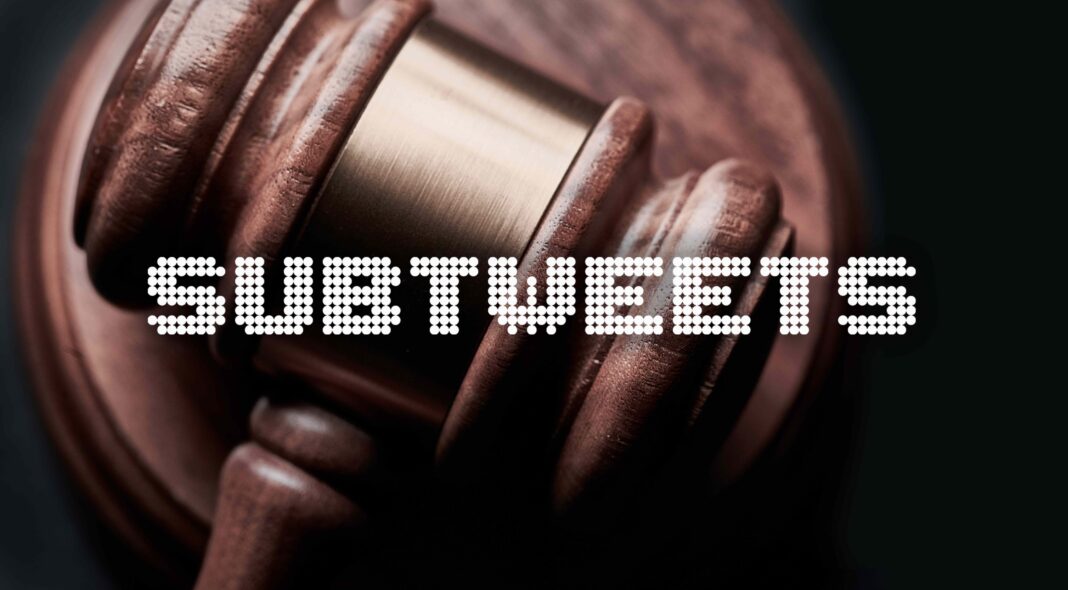 Where you’re a hip-hop head or a heartfelt emo kid, wordplay is an essential factor in how we immerse ourselves in scenes. Speak to any songwriter, and you’ll learn that very few songs are to be taken completely literally – the highs are heightened, the lows are lowered, and specifics are swapped for whatever syllables better fit the catchy line. Music needs drama, and drama often means fiction.

In the US last week, Maryland Court of Appeal ruled that lyrics could be used as evidence of a defendant’s guilt in the case of Lawrence Montague, a 27-year-old rapper whose five-bar recording through a prison phone mentioning gun use was used to corroborate a murder for which he had been identified by a single witness. According to judge Joseph Getty, “While rap lyric evidence often has prejudicial effect as improper propensity evidence of a defendant’s bad character, those concerns are diminished when the lyrics are so akin to the alleged crime that they serve as ‘direct proof’ of the defendant’s involvement.” The bars in question?  “I’ll be playing the block bitch/And if you ever play with me/I’ll give you a dream, a couple shots snitch/It’s like hockey pucks the way I dish out this/It’s a .40 when that bitch going hit up shit.”

While it is not our place to speculate Montague’s guilt or to dismiss the grave seriousness of a murder charge, it has to be said that taken at face value, there is very little in his verse that stands out as any more specific than a great many popular rap songs of our time. For better or worse, hip-hop and rap are founded on the notion of creative braggadocio, playing fast and loose with details to make a hook-up, rivalry or business deal seem much more than it was. Often, it’s what fans like most about rap – the sheer outlandishness of it all, put though cinematic filters that feel distant – even voyeuristic – from our own realities.

For those for whom the ugly side of guns, drugs and violence are closer to home, it’s important to acknowledge that rap offers as a space of catharsis, a means to observe and to explain rather than to necessarily enact. Hip-Hop was born out of the need for young Black people to have a space to tell their stories, truths that can be hard to hear. While it might be nice to hear the more established rappers of today pushing more positive messages, where do we draw the line between ‘dubious role model’ and an actual felon? Lyrics might be a puzzle piece in the very serious instance of a murder case, but taken further, what implications could this sort of evidence-access have for the investigation – or framing – of other crimes?

The racial precedent of this court ruling’s current usage is certainly a worry. In the words of esteemed entertainment lawyer Dina LaPolt, the Maryland ruling establishes a dangerous model of ‘culturally problematic’ profiling, focused as it is on cases where the defendants are black-centric, making ‘aggressive’ music that is swiftly stereotyped in court without much attention to its original context. Writing for Variety, LaPolt fears that such ruling will have a ‘chilling effect’ on raps imagination: “by imposing criminal consequences for a story told through an artistic medium, the court here threatens to stifle creativity and limit the scope of artistic expression.”

This isn’t just a US issue. A recent BBC documentary with UK artist Digga D revealed the racial profiling at play in the Metropolitan Police’s focus on drill music as a site of criminal activity, using lyrics as fuel for the disbanding of musical gatherings via ‘interim gang injunctions’ that establish criminal records, often amongst teenagers with very little else to do. Drill is seen as synonymous with violence, and so involvement in its motifs is enough to warrant widescale censorship – according to a freedom of information request by the New York Times, YouTube removed over 300 UK Drill videos following a police request in 2020, an action broadly inconsistent with their monitoring of other potentially criminal or controversial content. As it stands, Digga D is under a court order that means he has to notify the police within 24 hours of releasing music, and if his words are thought to incite violence, he will find himself back in prison.

Whether you agree with a rapper’s right to imagine violent circumstances in their work or not, the slippery slope of this kind of police scrutiny is evident when you apply it to more mainstream examples. If Ed Sheeran really was driving at 90 down the country lanes in ‘Castle On The Hill’, should he be investigated for potential traffic offences? Could ‘Why’d You Only Call Me When You’re High’ help nail Arctic Monkeys on a possession charge? What about Ariana Grande’s “I see it/ I like it/ I want it/ I got it” from ‘7 Rings’ as evidence of conspiring for robbery? Though these examples might sound ridiculous, they do beg the question as to how much space we allow for metaphor in musical creativity, and how literally we infer people’s character from the things they sing. Were this lyrics-as-evidence approach to be extended, somebody like Eminem, who has frequently fantasised through lyrics about the violent things he’d like to do to his mother, should be thought of a genuine societal threat, and numerous genres would disappear overnight under the fear of scrutiny – doom metal, psych rock, drill. All musicians would have to state their intentions plainly, and be willing to defend them in court. Opportunistic lawsuits would go through the roof.

Maybe, you might argue, a little more lyrical prudence could be a good thing. We’d have fewer messages of misogyny and violence, less outlandish brags to infiltrate the minds of the young and impressionable. With the benefit of #MeToo hindsight, there are perhaps some acts for whom closer attention to lyrics might have brought things to light sooner – for fans of Brand New, the lyrics to ‘Me Vs Maradona Vs Elvis’ suddenly became especially unpalatable in light of Jesse Lacey’s alleged coercive involvement with minors, while Evan Rachel Wood’s sickening explanation of the violence she suffered at hands of Marilyn Manson certainly serves to remove any possible remaining tantalisation from the numerous graphic and controlling lyric fantasies that fuel his songs.

Given that lyrics make up such a huge part of how we relate to an artist, it is perhaps naïve to suggest that they shouldn’t carry weight. As one Twitter user puts it “it isn’t that hard to not snitch on yourself in your music”. But if we demand that all musicians be reliable narrators in their lyrics or else fear the wrath of criminal investigation, we’d be tarring everyone with a ‘guilty until proven innocent’ brush, punishing the imaginative outsider art that is so often needed to explore complex emotions and hardships.

It’s difficult to imagine a time where any artist, rap or otherwise, would be hauled into court and charged purely on the basis of a lyric alone. If a murderer wishes to spell out the details of his crime in lyrics, artistic freedom should not override the court value of an on-tape confession. But in a world that is yet to combat racism, the scrutiny towards rap specifically sets an alarming precedent – as we know all too well, staying out of trouble as a young Black man isn’t always as simple as following the letter of the law. If assumptions about musical involvement mean that juries have already made up their mind on a defendant’s guilt, the very concept of a fair trial is thrown into question. And if lyrics end up being a swing vote between innocent and guilty, they hold real potential to ruin lives. For this sort of court ruling to be in any way useful, it needs to disregard genre-based stigmatisation – or question how much we can we really reliably claim from art at all.