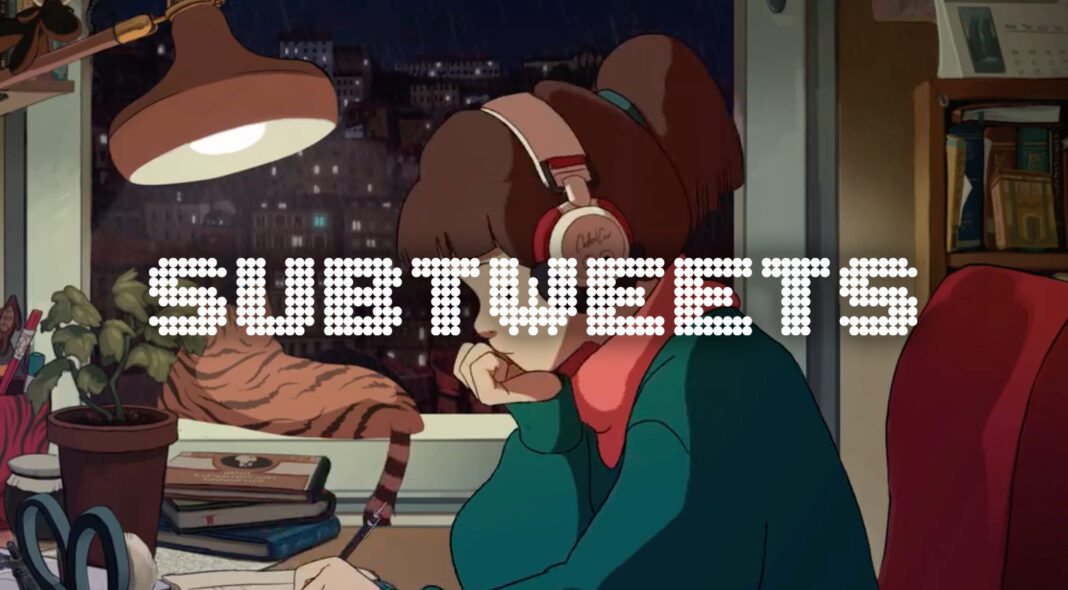 I’m not 100% sure when I discovered Chilled Cow, but I have a lot to thank it for. It has seen me through a Masters degree and the first year of a PhD, endless late nights trying to catch up on work or looking for a way to unwind. To the uninitiated, it’s merely a selection of 24-hour looped YouTube channels and playlists full of unremarkable lo-fi hip-hop, fronted by illustrations of a hipster anime character. To those who love it, it’s the go-to soundtrack for any occasion, looking to ‘study girl’ as a strange kind of mascot for quiet productivity.

Study girl has certainly got a lot of friends – six million and counting, to be exact. In a world where the latest hot genre seems to change with the week, she stays steadfastly working, never overexciting or offending with her instrumental beats. The live chat scrolls as fans across the world share homework tips and song recommendations, asking each other how their days went. The whole thing is outrageously wholesome, and it flies in the face of everything we’re told about music needing to reinvent the wheel or shout about itself in order to stay relevant. This style of ambient music has been around for decades, but it commands enormous numbers without any loud-mouthed frontmen or backlash scandals in sight. What gives?

“For those who are working, studying or playing games for elongated periods of time, there is a level of soothing repetition that comes from not having to choose music, or being let down when a playlist mood suddenly changes to a style you don’t like – no lyrics means no surprises,” explains Sara Tea, a DJ and Artist who has long experimented with the ‘ambient’ style in production and playlist management. “From a production side, there has been a real demand for more royalty-free music, and I’ve seen a lot more chill lo-fi being used during Switch streams, Youtube, TikTok tutorials and so on. It’s created a whole new wave of artists sharing their own bedroom productions while controlling the aesthetics of their visions.”

Certainly, as we look to fill our days and safeguard our mental and physical health in the age of COVID-19, it follows that we might wish to adopt a soundtrack that doesn’t add any more pressures to our day, or one that allows us to build our own e-commerce empires off the back of its seemingly universal appeal. It might seem weird to actively seek out music that has pretty much been designed to be ignored, but like any musical success story, branding has an important part to play in the Chilled Cow’s success.

“I was literally seeing the thumbnail everywhere until I eventually got curious and checked it out,” remember Sunny, a dedicated fan of the channel. “As a sound, it brings together a lot of genres that I love – Hip-Hop, R&B, Classical. There’s so much obnoxious music out there craving to catch our ever-depleting attention spans – maybe one way to get around that is to put us in a bit of a repetitive trance. In a year of sensory overload, maybe we all just need Chilled Cow to comfort us?”

Sunny might be onto something, but his enthusiasm for the Chilled Cow doesn’t recall the same type of feverish excitement courted by other music genres. Whether it is possible to truly stan a study playlist remains to be seen, but it is clear that it slots into people’s lives as an alternative to their more fervent music passions, an abdication of choice that acts as something of a palate cleanser. In a sense, it’s a rare genre that thrives on casual consumption instead of passionate fandom.

“I’m not sure I’d be that excited to go to a live ambient gig, but it’s almost exclusively what I listen to when I’m at home or working,” says James, music journalist and performer in indie outfit Swim Deep.“ Ambient artists tend to let the music speak for itself – it’s not like pop music, where it’s constantly one-upping in order to be cool, or current, or innovative. That said, the popularity of ASMR is an interesting subject – maybe ASMR ambient music might produce some genuine ambient music stars.”

It could be a while before that genuine star breaks through, but the popularity of lo-fi chill is definitely creeping into the mainstream. Artists like James Blake and King Krule are great examples of how to incorporate these elements into a more attention-grabbing sound, while the use of ambient ‘found sound’ is cropping up all kinds of dance and RnB tracks, mimicking the grounding effects of a connection with the world outside. As we gear up for the return of acts such as Babeheaven and London Grammar, the fan excitement on Twitter suggests that even in more indie spaces, the appeal of gentle, alternative sounds is very much there, even if it doesn’t scream about itself quite as readily as K-Pop or mainstream rock.

In order to set the future, producer Sara thinks ambient acts and playlists will continue to look backwards, using samples from retro TV and film to capturing a childlike sense of popular culture that feels particularly comforting in our harrowing times.  As we all continue to work from home, maybe this style of music is proving itself to be something than a simple study aid – it’s a coping mechanism. If nothing else, it won’t deliver any more ‘unprecedented news’.