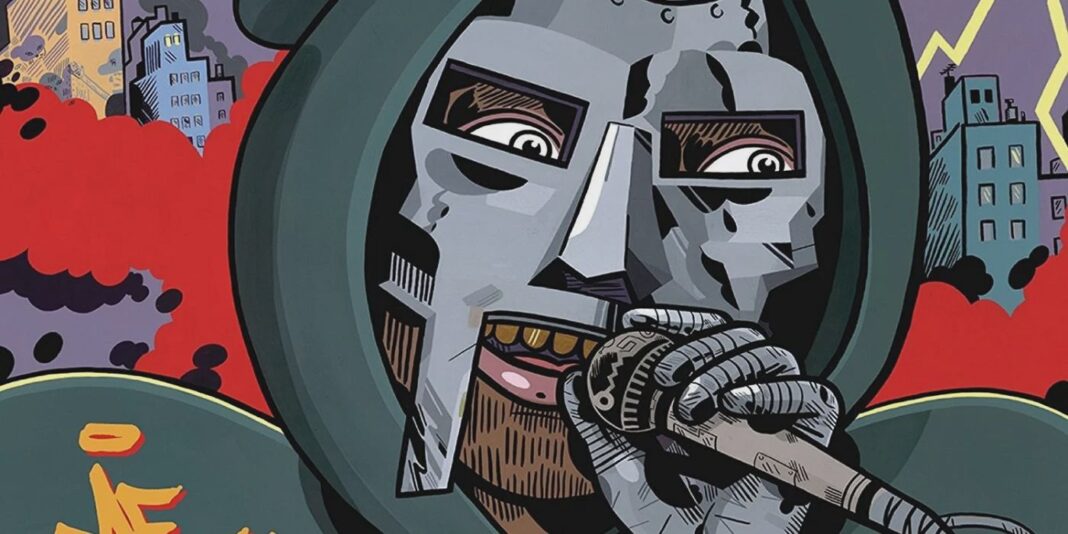 When household names lose their heroes and timelines become awash with effusive eulogies, it’s hard for fallen figures not to take on mythical status. MF DOOM – whose untimely death was announced at the very end of a year we were all desperate to forget – was no stranger to mythology during his lifetime: in fact, he deliberately courted the mystique. Routinely heralded as ‘your favourite rapper’s favourite rapper’, the masked and elusive MC was hardly a complete unknown (with Nike sneaker collaborations and millions of monthly Spotify listeners) but in spite of decades of cult and critical acclaim, he never went beyond the underground.

DOOM wasn’t always shrouded in secrecy. Born Daniel Dumile to Trinidadian and Zimbabwean parents passing through London, he soon settled in Long Island, NY. His hip-hop career started early in the form of rap trio K.M.D, which he joined alongside his brother Dingilizwe. K.M.D, attracted a moderate amount of attention until Dingilizwe was tragically run over and killed before they could complete their second record. Rather than having the chance to complete what his brother had started, Dumile was dropped like a hot potato by Elektra Records due to the perceived provocative nature of K.M.D’s music and he spent the majority of the decade struggling to make ends meet.

It wasn’t until the late 90s that he resurfaced as MF DOOM, adopting the mask and moniker of a Marvel supervillain, Doctor Victor Von Doom, decades before comic books and superheroes were the culture. With his fresh persona, DOOM spoke in riddles: a purveyor of nimble holorimes and sampler of everything from Sade to old Fantastic Four cartoons. His free-association wordplay quickly became his superpower – “Sickest ninja injury this century, enter plea / Lend sympathy to limper Simple Simon rhyming emcees” – and the transformation was complete by 2004, when he released three universally acclaimed full-length LPs. One of those records, his collaboration with Madlib ‘Madvillany’, is arguably his best and one of the best. Through countless collaborations and side projects, DOOM changed faces and names like the constantly evolving supervillains he loved: crafting a musical multiverse in the shadows.

A tragic origin story that leads to a semi-reclusive existence is all-too enticing for a society that loves to mythologise its cultural figures. When this particular story also ends in a sudden death on Halloween during the worst year in modern memory, with his wife having to break the news on Instagram two months after the fact, it feels heartbreakingly on the nose. But every comic book supervillain’s story really begins and ends with just a man.

DOOM’s off-kilter influence only becomes more apparent as time goes on – his dexterous wordplay is now echoed in the works of Earl Sweatshirt, Joey Bada$$ and Tyler, the Creator – and long may it continue. By now, there’s a familiar discourse when an iconic yet obscure artist passes away: the gatekeeping and bandwagon jumping and the people who will complain about both. But that ignores the poignancy of a truly great story and body of work. New fans will untangle the riddles with genuine curiosity, in the hopes of discovering the supervillain’s master plan. They’ll follow the tributes from their favourite rappers and stumble onto DOOM’s discography like a glorious stack of Golden Age comics.

Tributes from the music industry

As does Lupe Fiasco

Earl Sweatshirt and Tyler, the Creator

Plus, an video of the fresh-faced pair meeting DOOM at Reading Festival in 2013