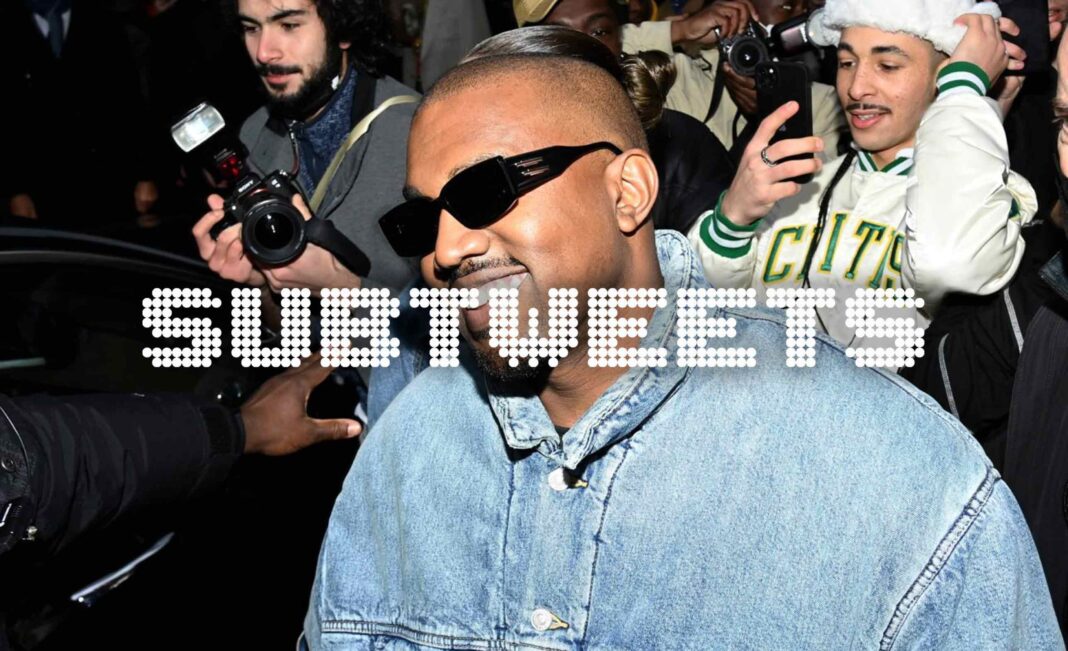 It has never been easy to be a Kanye West fan. To bring up his name in conversation is to get a visceral reaction; a fellow fan who also believes that he is one of the greatest artistic talents that our generation has ever seen, or a person who instantly scrunch their face up, wondering how you could possibly support someone who has exhibited so many harmful, narcissistic behaviours. I have overlooked his clunky phrasings, found ways to move past the way he speaks to and about women, sympathised with his desire to always go bigger and better with his art. But even I will admit that I am fast running out of ways to defend myself amongst the face scrunchers, the ones who feel like he gets far too much of a pass.

My own personal breaking point came last year. It had been waning for a while; the great ‘Slavery was a choice’ debacle, the MAGA hats, the effigy of a naked, unconsenting Taylor Swift in his ‘Famous’ video. Like many others, I stuck around mostly because the music was often still incredible, and because there were some (not all) allowances to be made for his mental health, a bipolar condition that he appeared to be learning to grapple with. I was perhaps willing to wait around and see if the whole thing was some elaborate performance art rather than a genuine endorsement of a racist, sexist abuser of a president. Maybe it was – we’ll likely never know. Either way, I still felt an artist whose multi-faceted ambition was head and shoulders above his peers, and who, while going about it in deeply unsavoury ways, was trying in his own way to shift the needle on conversations of celebrity, power and race in a deeply polarised US climate.

I still believe those things, but when the artist now known as Ye brought Marilyn Manson and DaBaby onstage last year, gleefully stirring the anti-cancel culture pot to promote the release of ‘Donda’, I was forced to truly accept the long trail of misogyny and careless disregard of women that West has incited in the name of his own press. As he reckons with divorce from Kim Kardashian, he has doubled down on this further. On Instagram in the past week alone, he has questioned Kardashian’s parenting, accused her of weaponising race in order to shut him out, and apparently refused to communicate with her privately through family lawyers. He has repeatedly antagonised her now-boyfriend Pete Davidson (who himself experiences bipolar disorder) and posted Marvel-memes of an ‘us vs them’ battle that appears to be the works of an edgelord sixth-grader who has just discovered MS Paint. He has whipped up a comment frenzy of fans who are praising him for fighting for his family, and has asked them to scream ‘Kimye’ in public if they ever see Pete Davidson in public, but that they shouldn’t hurt him because he wants to ‘handle him himself’. He has love-bombed Kardashian with Valentine’s flowers and begged for his family to be back together, actively and repeating ignoring her requests to discuss things privately. He has then deleted it all, apologised for ‘shouting’ in caps lock, and pointed to the release of his new album, ‘Donda 2’, which, as we now know, Kid Cudi will not be on (except he probably will, because Kanye is nothing but a last-minute contrarian). To some, it is just Ye being Ye, making silly jokes and blowing off steam against his love rival. To me, the cycle of self-villainisation and gaslighting redemption followed by an ‘oh, my album/film/clothing line/product is out’ penny-drop seems become both depressingly formulaic and deeply tiring, a schtick that isn’t anywhere near as honest or righteous as its creator seems to find it.

The question is; should we really know all of this? The way people pull popcorn to laugh at his latest ‘antics’, the dutiful back and forth WhatsApps to friends of “did you see what he did now?’, the remixed memes – it all makes me uncomfortable. I am clearly not above it myself; I have watched along knowing full well that this is column-worthy behaviour, the big talking topic of the week. I conscientiously haven’t ‘liked’ any of the posts, but I’m not sure this makes me any nobler. I have played my own part in the spectacle, drawn in by the same intrigue of seeing what he does next. I have allowed myself to float above what is ultimately an extremely triggering tale for anybody who has experienced stalking, harassment or a difficult divorce. Often, I realise that the problem is us; I can deeply sympathise with the difficult realities of a potentially manic episode and respect the effort of Ye’s ultimate apology, but still struggle with the way that it is perceived publically, the romanticisation of Ye’s behaviour as something that doesn’t perpetuate deeper harm.

It seems to me, that by writing Ye off as ‘crazy’, as provocative, as artistically genius, we have all gotten to a place where we feel so distant from him that we no longer critique his behaviours on a plane of humanity. We observe him as a form of sport, a performance that is articulated for our pleasure. He knows this, and plays into it repeatedly, highly aware of our investment. Often, his partners do the same; neither Julia Fox nor Kim Kardashian can exactly be accused of being shy with their public image. But at present, I’m sure the latter’s life doesn’t feel like much like play. Most of us can agree that a father has a right to see his children and to be involved in the ethos of how they are raised, but how fine is the line between ‘fighting for your family’ and targeted harassment? Why are we in a position where we can watch an Instagram livestream and heart-react as one of the biggest rappers in the world tries to gatecrash his four-year-old daughter’s birthday party? How far can you push the right to personal platform and autonomous articulation as a celebrity before you just have to accept that one of your favourite artists is acting like, as Obama once so eloquently put it, an asshole?

Most of all, it just makes me sad. I am sad for the children whose parents divorce is a global trending topic, sad for Billie Eilish, Ariana Grande and — here we are again — Taylor Swift, who have been used as clickbait collateral in conversations that have absolutely nothing to do with them. I am sad for the artist who is clearly hurting, and sad that he feels like this is the only way he is able to go about things. We as fans still know very little about bipolar disorder, still haven’t worked out how to best support public figures who deserve our attention for their talents but perhaps respond to that attention in ways that don’t help their personal circumstance. As the man put it himself on that Ni**as in Paris” sample; “it’s provocative… it gets the people going.” As long as Instagram is watching and listening, how could Ye ever turn his back on the great attention machine?

As we have learned, you don’t have to love a person or think that they are right to believe that they are capable of great things. As somebody who has long held many of Ye’s albums dear to my heart, and who ultimately hopes for his mental health to find its way to a more manageable place, I feel like I have waited for a long time to see ‘jeen-yus’, the documentary that follows the artist in the early years of his career. By all accounts, it is a heart-warming if complicated watch, observing the passion and the fire and the positive eccentricity that made him a star. I want desperately to see that for myself, to learn more about the come-up of an artist who I genuinely believe to be of almost singular talent and vision. I’m sure that I would enjoy it. But with every post, meme, deleted post and caps lock ramble of the last week ringing in my mind, I can’t help but think that for now at least, I might have already seen enough. Ye and Kim included, maybe we all just need a break.

Subtweets is a weekly column, unpacking the biggest talking points on Music Twitter. Join the conversation.