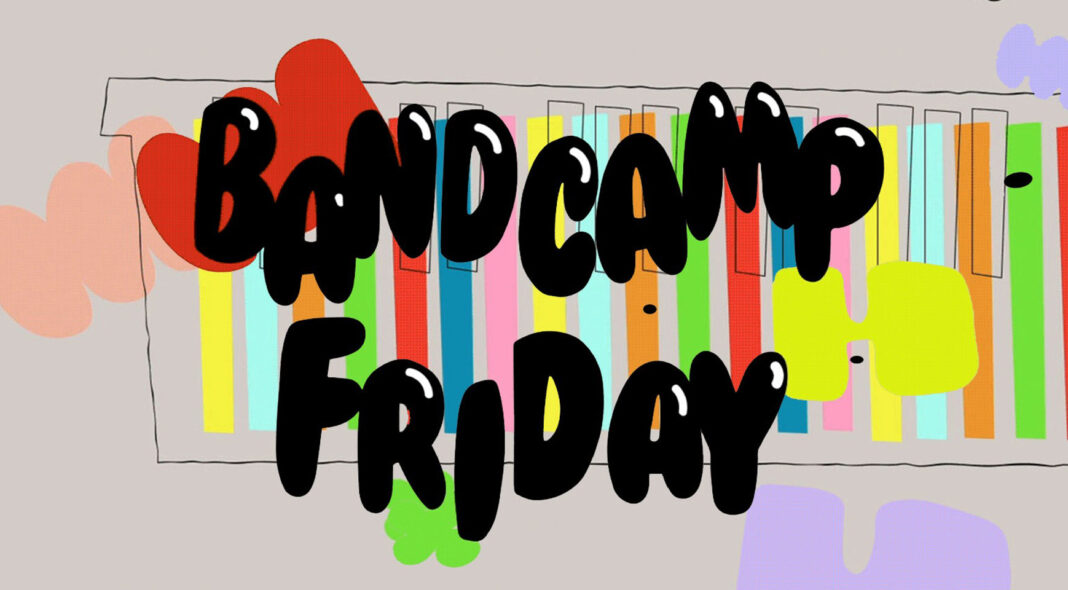 For our favourite musicians, 2020 has been a year of empty calendars, livestreams, uncertainty and anxiety. With the indefinite absence of touring creating financial insecurity and a government preferring artists to retrain in “cyber” than to adequately support them, it is fair to say the industry has been repeatedly kicked while it’s been down. Amongst all the bad news, though, there has been one recurring source of positivity happening on the first Friday of every month since the spring.

On Friday 20 March, Bandcamp Fridays were launched. Bandcamp has long tried to be a fairer streaming platform for musicians, allowing them to set their own fees for their music and sell merch alongside their tracks but now they were going one step further, agreeing to waive their share of the revenue from music and merchandise so that as much money as possible would go to the artists who needed it. On a normal day, the artist and their label might receive 83% of the money that comes out of the consumer’s pocket, but on Bandcamp Fridays, this figure rose to 93%. The day was a massive success – fans spent $4.3 million on music and merch that day, fifteen times more than what would be spent on a normal Friday.

Following this, Bandcamp Fridays became a regular monthly fixture that continued throughout 2020. Nearly 800,000 fans across the globe participated and $40 million was raised by the end of the year. Thanks to its continued success, and because touring is unlikely to resume immediately in 2021, Bandcamp recently announced that Bandcamp Fridays would be continuing until May.

“I’ve taken around ten times as much money from Bandcamp this year as I’ve had in streaming over the past two years,” estimates JD Roberts, an ambient and minimalist composer from Manchester. Although he does clarify that it has only been this year that he has been regularly releasing music and promoting himself, he has still made more with the help of Bandcamp Fridays than he would have just in an ordinary year, let alone what he would have made if his music had been exclusively released on Spotify.

The Sheffield-based post metal band Hidden Mothers had some shows booked in from March to July and had ordered a large quantity of merchandise to sell at these shows. After they were cancelled in the wake of the first wave of COVID-19, they were left with a large surplus of stock. “Bandcamp Fridays made it easier for us to recoup our expenses,” says Liam, their bassist.

Mayday, a garage artist from Birmingham, says that while he didn’t earn a huge amount of money from Bandcamp Fridays, “the extra money certainly helped.” He did see, however, many of his musical peers have a huge emotional and financial boost from the fundraisers. “I had a friend who made £300 in a day,” he says, which helped them to cover their rent.

However, what these artists all highlight is that Bandcamp Fridays have been more meaningful than just giving musicians an extra couple of digits in their bank account balance. In the streaming era, you can pay for an all-you-can-eat bundle of music from a corporation who pays the artist a minute fraction of a dollar per stream. With that available, it might seem like there is no need to pay for every individual song or album you want to listen to, but Bandcamp Fridays have proved that the willingness to pay for music and help artists has certainly not gone away.

“Bandcamp Fridays have been really valuable, I think, in raising awareness that music can and should be paid for,” says JD. “It’s made financially supporting artists, something most of us did on the quiet if at all, into a monthly event that we can talk about. It’s given us regular reminders not only to buy music and merch but to encourage our friends to support artists on Bandcamp, rather than just listening to two tracks of theirs on Spotify and forgetting about them after.”

“I think the overall awareness of the initiative drove more people to the platform and in turn helped listeners in a new way to support artists they found,” adds Mayday. “The fact that people are willing to spend money on my music directly is a good sign I’m doing something correctly.”

The growth in his following caused by fans flocking to Bandcamp to support artists on one day a month gave Mayday an incentive to put out a higher volume of music, eventually releasing new music every other Tuesday as part of his ‘Every Second Tuesday’ series. “[Putting out more songs] allowed me to experiment with sounds, production, vocals et cetera,” he says.

In addition, all three artists point out that Bandcamp Fridays have had another non-financial benefit, alongside bringing in more money and new fans. As much as they have helped individuals, they have also brought people together even when they have been two metres – or further – apart. Most of all, they have forged connections between artists and built a solid community.

“It really rallied the community together,” says Liam. “Bands were all sharing stuff for each other [on social media] and generally helping each other out which led to further reach and support.”

“We’ve been able to use Bandcamp Fridays to build bonds with each other and big each other up,” adds JD. “I think the whole ‘It’s Bandcamp Friday, head to Bandcamp and buy something from my friends’ dynamic that we’ve got into is great. Especially given the way the whole system is stacked against artists at the minute, it’s so important for us to support and encourage each other, even with only kind words.”

“Long may it continue,” concludes Liam.