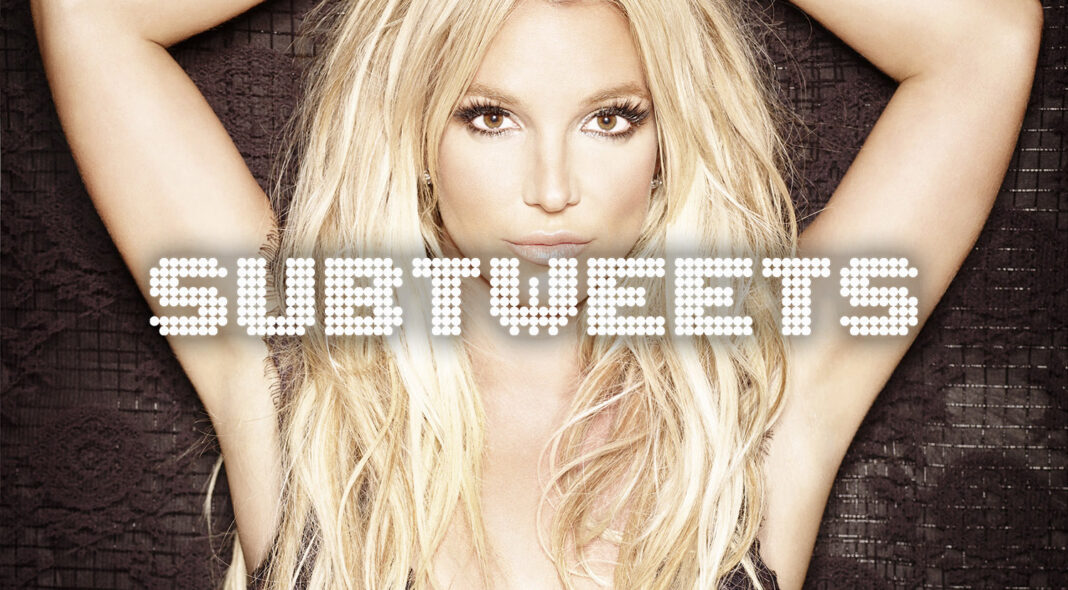 For any 90s babies, Britney Spears has long been an emblem of freedom. The sugary-sweet princess of pop with a headstrong, fourth-wall-breaking edge, her evolution through adolescence and beyond was the soundtrack to many of our discoveries of personal identity. We may not all have writhed around in a bikini with a banana snake slung around our necks or cosied up to Justin Timberlake in double denim, but we all know what it’s like to feel overprotected, to be more than a girl but not yet a woman, to be so dizzyingly struck my teenage hormones that ‘I’m A Slave 4 U’ awakens some kind of unprecedented desire for the boy who sits three seats over in Maths class. We grew up with Britney, and we looked to her as she navigated her own coming-of-age; a hopeless romantic, but always resolute in her own direction.

For the last two years, Spears has been in the midst of an intense battle to reclaim her liberty, both musically and personally. Since 2008, the star has been involved in a legal conservatorship – a guardian-like position that gives her father, Jamie Spears primary control over her finances, property, business affairs and even her visitors.

Often put in place where a court deemed that a person can no longer look after themselves, the decision was made after her now-infamous breakdown; a very publicly-observed year that saw the star driving with a baby on her lap, shaving her head and wielding an umbrella at advancing paparazzi. It’s a time period that has become memetic in popular culture – “If Britney can get through 2007, I can get through this year”-type witticisms that often trivialise her very public suffering and hard-won recovery. While conservatorship is normally reserved for the elderly or those who are deemed too mentally unwell to work, Britney has continued to enact serious labour – to release music, take up a Las Vegas residency and gross 500,000 dollars per show for her estate. An arrangement that was meant to be temporary has now lasted well over a decade, and concern from fans that her father may be wielding his power for nefarious gain have swelled, fighting back against the ‘conspiracy theorist’ label that has pulled many rubberneckers along for the ride.

Dubbed the #FreeBritney movement, fans have largely kept the conversation alive on their own terms, analysing the star’s Instagram posts for signs of coercion and sharing any new legal documentation. In April 2020, fans held a protest outside a Hollywood facility in which they believed the star was being held against her will; this month, they’re taking to Twitter to critique the estate’s decision to release a Britney single in an exclusive deal with Urban Outfitters. When Spears herself finally submitted a court filing that documented her desire to have her father removed from the conservatorship, fans and fellow celebrities alike – Cher, Courtney Love, Miley Cyrus – felt vindicated, hopeful she was fighting back. But on November 10, a judge for the Los Angeles Superior Court declined the case, and as a result, Britney has vowed not to perform again while her father is in charge of her estate.

While the case is immensely complicated and forever evolving, one thing is clear; Britney has verbalised a fear of her father, and as a result, the lack of ruling in her favour is very difficult for an outside observer to justify – a policed autonomy that does not appear to truly protect the vulnerable party’s interests. Deemed healthy enough to drive revenue but not enough to articulate her own wishes, Britney is reduced to a cash cow, or in her father’s words, a “racehorse that needs to be handled like one”. Not requesting reprieve from the conservatorship system outright, but rather her father’s removal, her seemingly reasonable request has fallen on deaf ears. The dehumanisation of Britney Spears has been unravelling since 2008, but it has hit now fever pitch, and fans, desperate to do what they can to support her, are rushing to pick up the pieces of her privacy. Petitions to boycott streams are underway, as are further in-person vigils and wider lobbies for legislative change, driven by fans who recognise what conservatorship might mean for the liberties of those with disabilities or neuro-diverse conditions.

Britney’s case is due to be reviewed in December, but her tale of dismissal, coercion and commodity is one that feels sadly endemic in the pop industry, a celebrity circus of court cases and mental health ‘scandals’ that don’t allow much space for either artistry or humanity. With every day that Britney fights to be rid of her father, that Taylor is forced to re-record her music in order to reclaim it from the grubby hands of an ill-advised contract, or that Little Mix’s Jesy Nelson can’t take a personal wellbeing break from the band without being subject to hurtful tabloid gossip, we’re reminded that female pop stars are still perceived in terms of their commodity worth, their wants, needs and rights playing second fiddle to sales potential. It’s a dangerous precedent to set for musicianship, and an even more damaging message for wider society – wobble once, and your hardships will be held against you forever more. A compassionate society needs to do better.

Should Britney’s case not be resolved, we may never see her perform again. It’s a small price to pay for her sanity, but this not the way that any musician’s career deserves to end, least of all somebody who done so much to empower a generation. If Britney is ready to make a choice at her crossroads, she should be the one at the wheel. If the fans have their way, she will be.