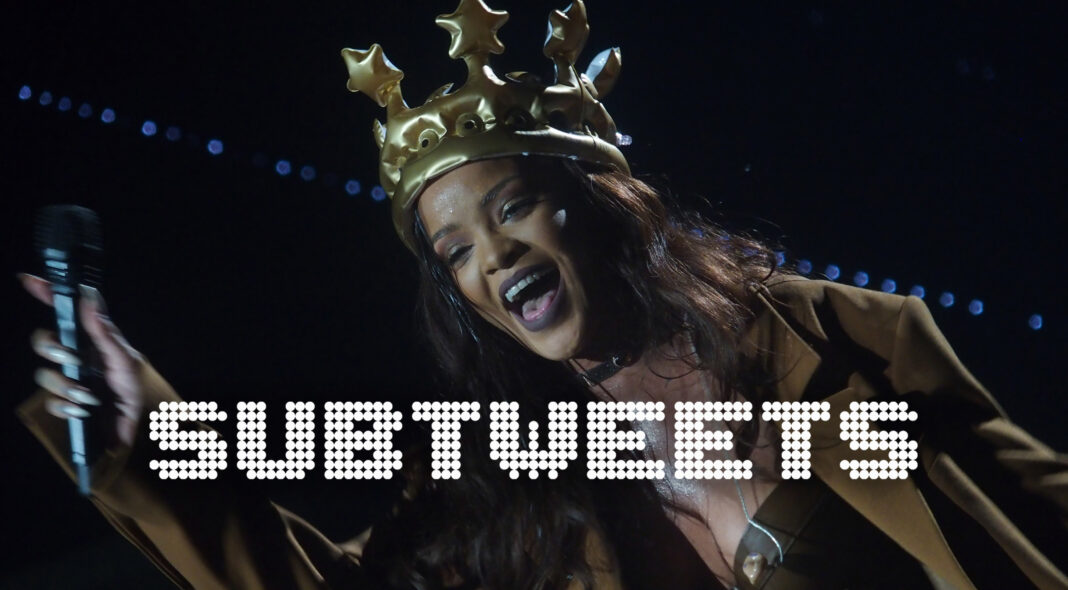 To put it plainly, putting musicians in positions of political power does not normally make for a positive effect. The idea of Kanye’s Presidential bid made my eyes roll so hard that I think I might have caused some semi-permanent damage, while bids for election by the likes of Blur’s Dave Rowntree or Wyclef Jean sunk with such a trace that you had to wonder if their hearts were really in it at all. I’d be happy to be proved wrong, but for the most part, I prefer my singers to advocate for politics as citizens, not as the people in charge.

That said, when Barbados announced that they would be ‘leaving their colonial past behind’ by removing Queen Elizabeth from Head of State in favour of a native leader, my thoughts went straight to one woman and one woman only – Miss Bad Gal herself, Robyn Rihanna Fenty. This fleeting daydream clearly wasn’t solely of my own – upon checking social media, numerous members of Rihanna’s stanclub, The Navy, were making similar suggestions, citing her presence as a key influential figure of Barbadian culture, the smart, innovative young woman to help the country push towards a new era self-governance.

It’s an idea that initially seems ridiculous, but maybe The Navy have some kind of a point. By definition, a Head Of State isn’t purely governmental – instead, they act independently of parliament, a kind of ceremonial mediator between political sides to ensure action that is in the interests of the whole country. As somebody who was appointed Barbabian ambassador back in 2018, Rihanna has already been tasked with promoting education, tourism and investment, celebrated by Prime Minister Mia Amor Mottley for her “significant creative acumen and shrewdness in business”. She has a noteworthy philanthropic background, with countless charitable initiatives ranging from a safe ride-to-school scheme for Malawian schoolgirls to her annual Diamond Ball, a celebrity benefit gala that sustains her efforts for education and emergency response programmes in developing nations. It’s clear that she is a solid negotiator, as ‘Bitch Better Have My Money’ must surely attest, and has an impeccable wardrobe ready for all kinds of formal engagements – what frock could possibly be better for a ribbon-cutting activity than that classic yellow Met ball gown?

In fact, Rihanna’s songs reveal many key life lessons that could be useful to life as Head of State. ‘S&M’ would become the anthem of the department for Strategy & Media Management, ensuring that all Barbadians were supplied with an array of government-approved sassy clapbacks in the event of trolls. A new work, work work work work-place pension scheme could allocate free time to personal projects, with lessons in flawless foundation application and masterclass songwriting. Should any disagreements break out between political parties, they would quickly be settled by a dose of her trademark brutal honesty – this Queen would have no time for chitchat. Best of all, a royal day for her already exists – way back in 2008, February 22nd was officially named ‘Rihanna Day’ by the Barbadian government, so it wouldn’t take much to turn this event into an out and out twerkathon in the grounds of the royal Fenty palace. ‘Only Girl in The World’ as the new national anthem? We love to see it.

Okay, so maybe I’m getting carried away. Whoever Barbados choose as their new Head of State, it will hopefully be a person with a strong political background and legacy, someone whom the public can feel assured that they will give their full attention to the needs of the nation. Even RiRi’s most ardent fans don’t actually want that – they just want album nine. But in the meantime, it’s fun to take a moment to celebrate just how much more Rihanna has done for the Barbadian economy than our Queen, paving the way for a whole new generation of philanthropic, business-savvy and politically switched-on musicians. With his MerkyBooks and University Scholarship scheme, Stormzy is already doing more for Black British youth than the Tory party could even fathom, while Taylor Swift regularly takes matters into her own hands to assist with national disaster funds and personal fan hardships. Even Ariana Grande has shown recently that celebrity influence can completely reignite small business – after sharing a pic of her drink from a Black-owned LA coffee shop, the then-struggling establishment served 150 customers inside of 30 minutes.

A royal appointment may not be necessary, but given her socio-political stature, perhaps making Rihanna the Queen of Barbados is no less plausible than putting a germ of a reality TV host in charge of the White House. In a year as unpredictable as 2020, I’ll be readying my Barbadian commemorative plates just in case…

Instead of focusing on Billie’s body, we should be admiring her political influence

“Going out’ means going to the kitchen and putting the strobe lights on”: how uni students are coping in isolation

A love letter to Pulp’s ‘Different Class’, 25 years on

These Netflix music documentaries will ease your next tier boredom