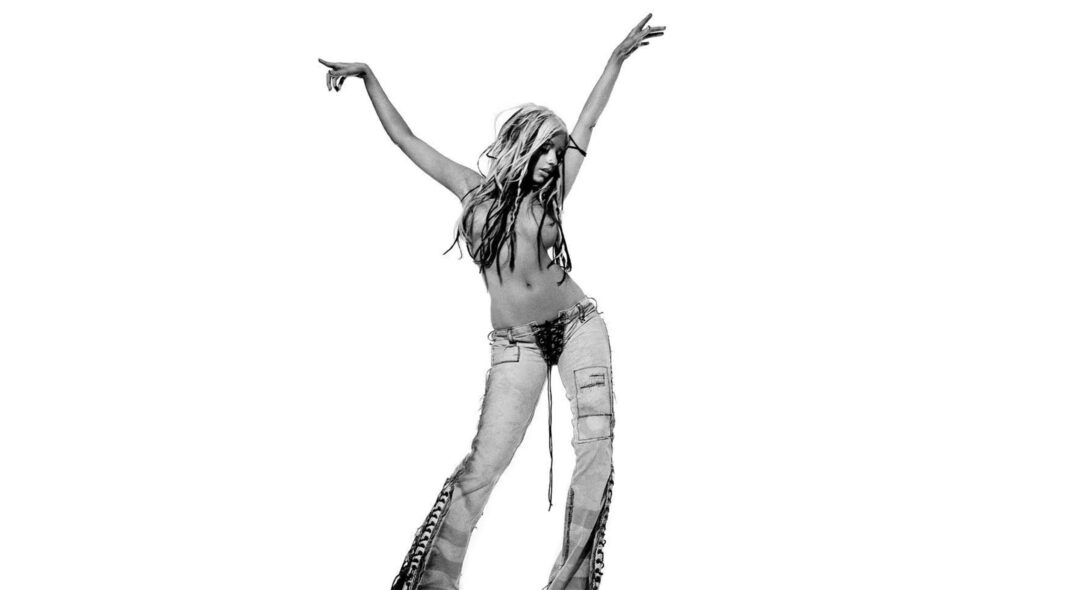 When I think of my childhood as a music fan, I often think of Top Of The Pops. Without internet or Sky TV in the house, it was my main portal into performance, my way of figuring out who was who and which CDs would be worth investing in. In truth, it was also one of my earliest exposures to overt sexuality, starting to understand what some of those lyrics meant and how other people’s gaze might shape the way you were perceived in the world.

One Friday night in 2002, I remember watching Christina Aguilera, and specifically I remember watching ‘Dirrty’. I had liked her music before, but with her glitter-grunge make-up, grubby-looking hair and of course, those leather chaps and pants with ‘NASTY’ printed across, it was quite unlike anything I had seen before. Given my ability to recall it in detail even now, it apparently left quite the impact on my nine-year-old mind. I wouldn’t say I really knew what it was to be ‘punk’ back then, but this felt unmistakably badass, and well worth talking about in the playground on Monday morning.

As a newly 21-year-old, it was clear even then that ‘Stripped’ marked an important turning point in Aguilera’s career, a true coming-of-age. A Disney star since childhood, her solo career was already internationally successful, but clung close to certain tropes of early teendom, focusing on the way a partner might make her feel rather than anything autonomous. Speaking to MTV News in 2002, Aguilera explains how she had become tired of these kinds of songs, wanting to stretch her lyrical palette to match her vocal prowess. “For the first time people are really seeing and getting to know how I really am.” she said. “That imagery of that cookie-cutter sweetheart, without it being me, I just had to take it all down.”

With its roaring production and raunchy choreography, ‘Dirrty’, of course, stirred up a moral panic, splitting the crowd between those who thought it was a stroke of reinventing genius, and those who labelled it desperate, corrupting children with montages of clammy mud wrestling, caged dancing and promises to “sweat until my clothes come off.” Some also drew comparisons to Britney Spears’ ‘I’m A Slave 4 U’ from the previous year, insisting that the long-compared pair were trying to prove that they could ‘outsex’ the other.

Whatever its motives, ‘Dirrty’ worked. Early Aguilera wasn’t exactly free of innuendo (Genie In A Bottle’s “you gotta rub me the right way”?), but the ‘Stripped’ era and XTina rebrand marked a much more significant rebellion, an opportunity to recapture the attention of those who had written her off as personality-free pop. Opening track ‘Stripped Intro’ did not mess about; in ways not dissimilar to The Weeknd’s ‘Dawn FM’, you hear a space-age crackle, before she “introduces herself” without apology; “Sorry that I speak my mind / Sorry don’t do what I’m told“.

Segueing into ‘Can’t Hold Us Down’, Aguilera tackled her first open attempt at feminism, taking aim at her public image with the support of Lil’ Kim. Alongside works by Destiny’s Child, it proved my generation with a fairly detailed introduction to the double standards of gender and sexuality politics: “The guy gets all the glory, the more he can score/While the girl can do the same and yet you call her a whore”. It was a lot for a youth audience to take in, but with its catchy call-to-arms chorus, it started a conversation that continues across the album; themes of defiance, empowerment and critique of the status quo.

Next to ‘Fighter’, it also made good on Xtina’s desire to experiment more readily with genre. ‘Fighter’ wasn’t quite the pop-punk that Avril Lavigne was doing, but it had a dark, rocky aesthetic which suited the era; a feeling of post 9/11 displacement and despair, but also recognising that in the file-sharing age, perceptions of what it meant to be ‘mainstream’ were becoming much more open. With previously-niche subgenres like Nu-Metal influencing the chart, a song like ‘Fighter’ was a smart way to earn critical caché, proving that she could lend her voice to anything.

At the time, the wider ‘Stripped’ album actually performed averagely with reviewers, critiqued for a perceptive lack of focus. Certainly, some tracks worked better than others; ‘Make-Over’ apparently got in some trouble in the UK for sampling the Sugababes ‘Overload’ without permission, and it probably wasn’t worth the effort; reducing Aguilera’s voice to a dull register, it’s a weak imitation of a classic. But where she really did nail it was on the ballads. ‘Beautiful’, with its touching message of self-acceptance, drew huge positive attention for its music video which touched on homosexuality, transgender identity, bullying, anorexia and more besides, broadly ahead of its time.

Vocally, ‘Beautiful’ is still the Xtina masterclass, as is ‘The Voice Within’, the lesser appreciated but equally-affected ballad from ‘Stripped’’s back end. Adding contrast to the bolshy approach of ‘Dirrty’, it is perhaps the union of all three that really unlocked her future. By proving that she could handle multiple forms of empowerment, she was able to dial it back a little on the next record, smoothing things out with the cheeky old-timey era of 2005’s follow-up, ‘Back To Basics’.

At 20 years old, ‘Stripped’ has aged pretty well. It’s far from perfect; like most breakout pop albums from the early noughties, there are questions of appropriation, of flirting temporarily with certain musical styles or looks as a way to gain ‘edge’. But for the singles alone, it’s an album that has contributed significantly to pop history, not least in its emancipatory ambition. Christina Aguilera/Xtina is far from the first artist to take on a playful persona in order to unlock a darker side, but there are certainly elements of Stripped’s no-nonsense attitude to be found in Beyoncé’s ‘I Am Sasha Fierce’, or Megan Thee Stallion’s experiments with Tina Snow. Its blueprint of rebellion has undoubtedly inspired Demi Lovato, Selena Gomez and Miley Cyrus, proving that though post-Disney life might be fraught at times, there is still a way out.

Of course, things have gotten a whole lot raunchier in pop and RnB since then. Desensitised by the pace of social media (and arguably, MTV’s pivot away from music into chaotic reality TV), artists have to go further and further to cause the sort of furore that ‘Dirrty’ inspired. We would barely blink an eye at that outfit now in terms of scandal, but there’s surely a reason that those leather trousers, bikini top and black’n’blonde braids still inspire Halloween costumes up and down the land, a reason why you still hear ‘Fighter’ and ‘Beautiful’ on TV singing contests or defiant montages.

Christina Aguilera has done an awful lot with her career – Disney soundtracks, talent show judging, Spanish-singing songs. But when I think of her, I still remember that girl in the chaps on Top Of The Pops. A little bit grimy, perhaps a little bit too young, but still intent on proving her very own X Factor. After a long, restricted childhood, she perhaps said it best herself: “It’s about time for my arrival.”