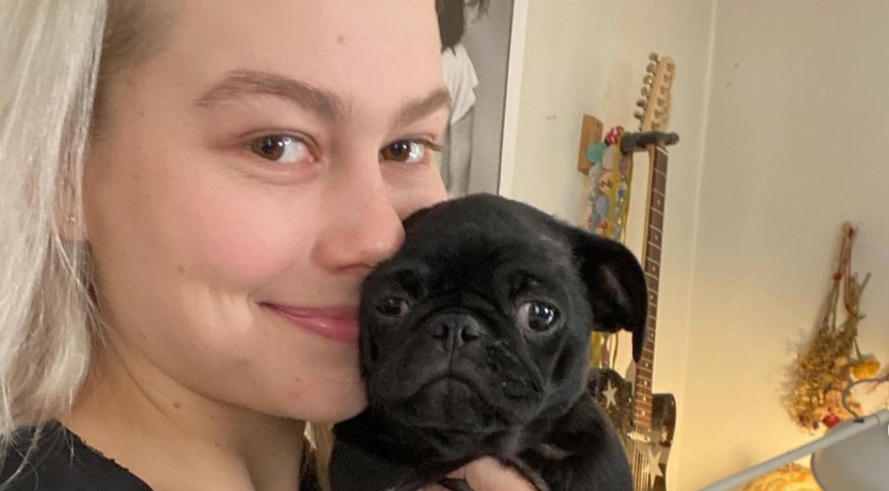 Our trusty four-legged friends simply do not get enough appreciation in music. The most loyal mammal of the animal kingdom, the bond between one and their dog is the greatest love story of all.

We’ve gathered up tracks written about the canines in these musicians’ lives, as well as plenty of comparisons of men to dogs (relatable), and some classic love songs for good measure.

Ah, the age-old question. A certified 2000s classic, this track was once thought to be about ‘ugly girls in the club’ thanks to a certain meme, but is actually about calling out men who bark at women in public. Woman’s best friend!

A heartfelt ode to Dolly’s childhood dog, ‘Cracker Jack’ is a very true story. Other dogs have come and gone in Dolly’s lifetime, but it was stray pup Cracker Jack, who had a special place in her heart.

The Beatles – ‘Martha My Dear’

Paul McCartney’s track about his sheepdog Martha is a jazzy ditty where Paul appears to sing directly to the pooch. He loved Martha so much, he kept her whole litter of puppies long after she died in 1981.

This ballad from Miley’s ‘Dead Petz’ album is an emotional dedication to her dog Floyd, who passed away in 2014. Clearly her favourite pet, she also sang alongside a giant inflatable version of him on her ‘Bangerz’ tour.

An interpolation of Bad Brains’ ‘I Love I Jah’, this one is exactly what it says on the tin. Bradley Nowell’s ode to his dog Lou Dog, the group’s mascot and cover model for their self-titled record.

Sometimes men just don’t do it for country darling Carrie Underwood. Instead, she prefers their best friend. As more boys come and go, there’s always a four-legged one by her side.

Norah Jones – ‘Man of the Hour’

Another track about picking a four-legged friend over a bloke. While the cover of the track’s album features a gorgeous St. Bernard, that’s not hers, she actually has a little poodle.

Both the joy and chaos of owning a dog are captured in this B-52s track about a green poodle named Quiche, however, it’s said to be a metaphor for a relationship that “went to the dogs”.

Patti Page – ‘How Much Is That Doggy in the Window’

It’s about buying a dog, what more is there to say? Getting a dog is a special moment, however old you are, although these days adopting is the more ethical option.

This outrageously funky tune happened because George Clinton walked into the studio, off his face, with the word ‘dog’ in his head. He improvised the whole thing in two takes, and the rest is history. Good luck getting bow-wow-wow-yippie-yo-yippie-ay out of your head.

The Monkees – ‘Gonna Buy Me A Dog’

If you can’t bag a girl, just get a dog, is what The Monkees say on this 60s bop. Much like Carrie’s story, these boys know there’s no one more loyal than a pup.

In the cats vs dogs debate, Pet Shop Boys are 100% team dog. As groovy as it sounds, this deep cut is actually pretty sad – it’s really a song about combatting loneliness.

This sweet little ditty was Cat Stevens’ debut single. It’s about how much easier it is to love a dog than a human, bless him.

Dolly Parton – ‘Gypsy Joe and Me’

Dolly gives us a classic bit of country songwriting in this tale of love and loss for her character here, with a track about her man, and man’s best friend.

Tom Petty and The Heartbreakers – ‘Dogs on the Run’

In this gritty Americana track, the late Tom Petty is the dog on the run, as he describes tough times and a hard knock life in the south.

Hank Williams – ‘Move It On Over’

Country legend Hank Williams sings of being literally in the doghouse in this song, after breaking his other half’s trust.

‘Hound Dog’ is more commonly known as an Elvis Presley song, but the king’s version is no match for Big Mama Thornton’s bluesy original. Groundbreaking at the time, it’s a shame it’s been overshadowed.

If there’s a place for zany dog metaphors, it’s in K-pop. TXT sing about being at their crush’s beck and call on this ridiculously fun banger (featuring actual woofing and barking).

A slower tempo for Mac, and a really tender moment too. Mac himself is the ‘old dog’ in question on this track about long-term love.

Bowie imagined an entire rock musical around this song’s album; a whole ‘1984’ meets ‘A Clockwork Orange’ type of thing. He never got around to doing it, but we did get this banger about an imaginary gang from it, called the Diamond Dogs.

Another Sublime track, because singer Bradley just loved his dog so much. There’s two references to his beloved Lou Dog in this hit, who features in the video for this song and its single cover too!

A pretty straightforward track from Atlanta duo Lowertown, this lo-fi dedication to Randy perfectly describes a dog’s love for their owner.

Here’s a very young Donny Osmond letting the adults know they simply wouldn’t understand how he cherishes his first love. Originally by Paul Anka, it hit the big time with Donny in the 70s, but the best version is clearly the S Club Juniors one.

Tom coined the term ‘rain dog’ on this album of the same name. It’s said to be a metaphor of sorts for a dog caught in the rain, who can’t find its way home, and on this track, he declares himself one.