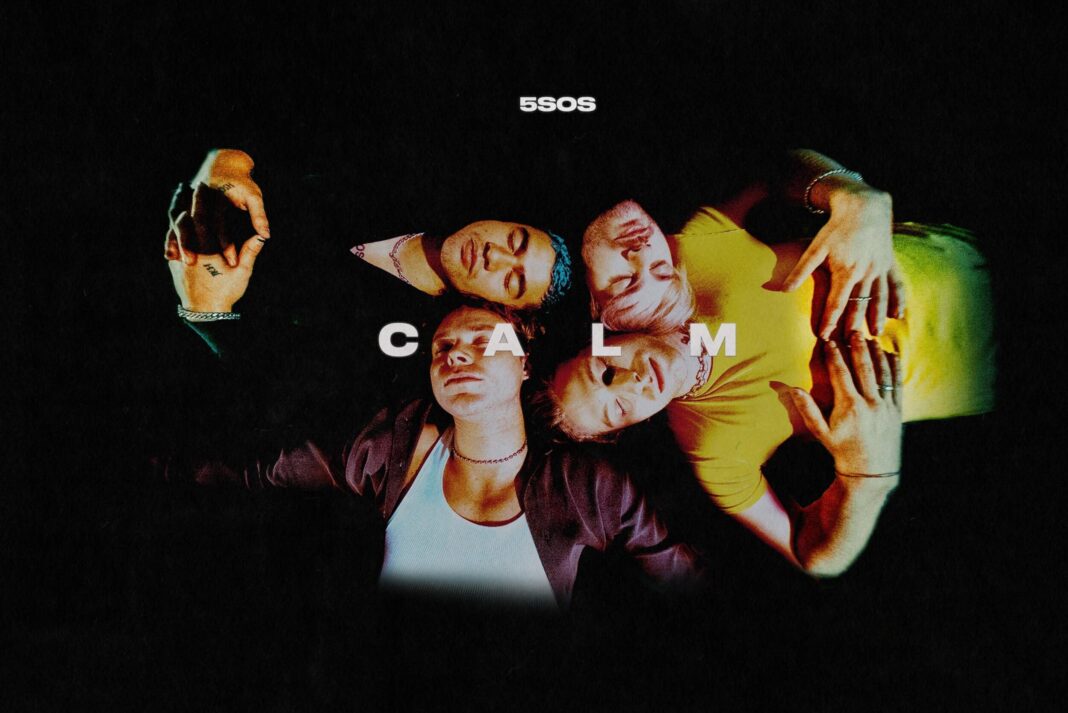 This is not what we expected from 5 Seconds Of Summer. When the Australian band – lead vocalist Luke Hemmings, guitarist Michael Clifford, bassist Calum Hood and drummer Ashton Irwin – released ‘CALM’ a year ago this week (March 27), the heady, guns-blazing ambition of their fourth album marked a true reinvention.

For almost a decade, the four-piece, who are known as 5SOS across the world, had remained an anomaly. Throughout the mid-2010s they peddled an accessible brand of clean, compact, and heaven forbid, fun pop-punk to millions, yet their existence became obscured by a perennial debate over whether they were a manufactured boyband or not (why should it matter?!) – a poor misjudgement that, for many, still stands today.

Irrespective of the fact that 5SOS wrote their own songs, played their own instruments and started out organically, on their own terms (they uploaded their covers to YouTube and traversed the Sydney gig circuit before signing a record deal in 2012), the group fell victim to media vitriol and listener hostility from the off. They were hyper-polarising. One critic branded them as “blandness in its purest form”. They even graciously accepted NME’s Worst Band Award three years in a row.

Much of the criticism can be traced back to this unfairly maligned band’s early image. Their thick lip rings and ripped flannel shirts emanated a bratty punk kid vibe, but their pop-leaning, PG-13 anthems of teenage ennui, small-town boredom and young, dumbstruck love told another story; a predicament that ruled until the group pivoted – with some hesitation – to a mature, glossy pop crossover with their third record, 2018’s ‘Youngblood’. But it was ‘CALM’ that finally upped the ante – a confident and provocative effort that ushered in a wealth of hard-won triumphs for 5SOS.

There’s a lot to admire about ‘CALM’. Sonically, it juggles a melange of different styles: the synths sound luminous and distinctive; the guitars spiky and crisp; the choruses titanic and joyous. This chart-topping album also stands as a distillation of what – believe it or not – 5SOS have always been great at: simple but sturdy hooks that are reassuringly direct. But the difference here is that 5SOS finally matched the arena-filling heights that they have always found themselves at, by swelling into a bigger, brighter power-pop sound.

Present within these songs are generosity and a newfound confidence. Five years ago, it would be impossible to imagine listening to a 5SOS song and being hit by chest-rattling stabs of synth, but the slinky ‘80s inflection of ‘CALM’ is so clearly executed that it can knock you off balance.

The album’s strongest track, the synth-edged ‘Wildflower’, marks its most transformative moment; it’s shameless and euphoric. The saucy, ambiguous refrain (You’re the only one who makes me…/Every time we…) is delivered with such sublime confidence that the deliberate omissions actually work – we know what you’re getting at, lads. On ‘CALM’, it’s not so much about the lyrics but the way they are performed: it’s still filled with enough of the clumsy fun that the band made their name on.

Much of the rest of the album is built on similarly dazzling but incisive numbers that function as sonic revelations for the band. Early singles ‘Easier’ and ‘No Shame’ exist in this form – all rampant neons and minimal funk rhythms. Even at its loudest and heaviest, as on the hyperactive and throbbing ‘Teeth’ – a bassy track that could explode at any moment – the band’s taut musicianship helps ‘CALM’ to glow. These songs excel at furthering this sense of progression for 5SOS, and ultimately, deserved to be huge hits.

That’s not to say that ‘CALM’ managed to reinvent the wheel. It didn’t, as evidenced by the fact that it eluded the majority of year-end lists. But above all else, this runaway success did dig deeper into the roots of 5SOS’ longevity – massive choruses and boundless charm – and brought a polished, revitalised band out of it.