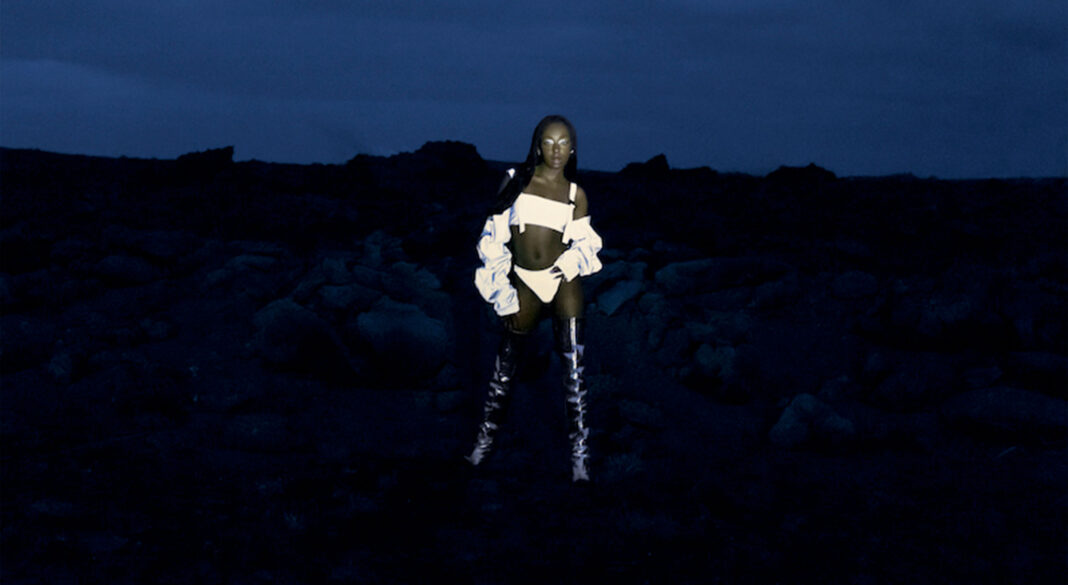 Having debuted only six months ago, teen sensations New Jeans are causing big waves, filtering K-Pop through athletic, school-spirit 90s R&B. With its driving hook (“they keep asking me who is he?”) new single ‘OMG’ is a sweet song about the intoxication of young love, but with their now characteristic twist. Seemingly housed inside some kind of psychiatric facility, the group are portrayed as potential figments of their own imagination, or at very a thoughtful metaphor for the intense feelings of scrutiny that adolescence and idol culture can both bring. Catchy lyrics, fun choreo and strong visual concept? Fetch your photocard binders and save up for that lightstick – this is THE K-Pop sensation to watch in 2023.

Debby Friday – ‘So Hard To Tell‘

“Honey honey/is this heaven or hell?”  croons Debby Friday over crashing synths, playing with the sonic imagery of both states. Born in Nigeria, raised in Montreal and now based in Vancouver, her Sub Pop released comeback single matches her diasporic experience, roaming R&B and blogger-era chillwave to create something that has a style all of its very own.  Is she torn apart by a lover’s indecision, or by a more intrinsic turmoil? It’s not immediately clear, but almost everyone can relate to her lamenting, confusing feeling of when it “gets like this”.

The gentle harmonies of Brooklyn’s Razor Braids feel pitched somewhere between Warpaint and old-timey, album-cut Kings of Leon, warm in both patina and heart. Teamed with an effortlessly cool cover of Weezer’s ‘Buddy Holly’, new single ‘Nashville, Again’ is an understated cowgirl odyssey, inviting you to “just stay” and “pass your body to mine” with an air of easy, widescreen romance. If you’re already longing for the hazy days of summer, this will make the January blues seem far, far away.

‘in ha mood’ was technically released in the no-woman’s-land of the Christmas holidays, but as one of the hottest new rappers on the block, Ice Spice deserves better than to fall through any out-of-office cracks. In whip-sharp lyrical mode, her flow grows more and more complex as the song unfolds, celebrating the baddies in her life and gassing herself up for a new year. “A million views a day” might still be an aspirational brag, but by the end of 2023, she’ll probably be pretty close.

If the moody, tumbling percussion of Radiohead or Hayley Williams’ Petals for Armor is your preferred kind of music, Rozi Plain’s ‘Painted The Room’ will scratch your brain in all the right places. Set to a dizzying round-table scene, its murmured, bubbling vocals weave in and out of the music in intriguing ways, suggesting an exciting new era for the Winchester-born musician.