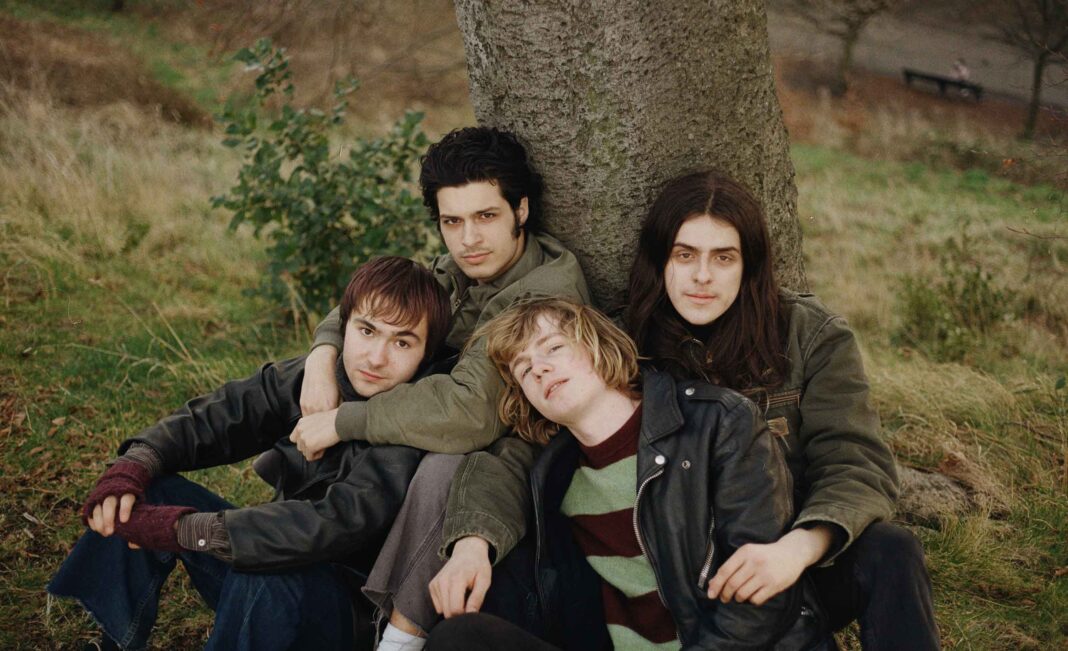 Indie quartet Island of Love are the first name to be signed to the London label which opened its doors on Soho’s Mashall Street last year.

Island of Love are a London band with two frontmen – Linus and Karim – who bonded by playing in various punk, hardcore and metal bands in and around the capital.

Now, no longer a bedroom project, the four-piece’s first collaboration with Third Man is the EP ‘Songs of Love’: twelve minutes of adrenaline, awash with guitar distortion, Linus and Karim’s dark harmonies and contemplative lyrics beyond their teenage years.

The band made a real impression on Third Man co-founder and owner Ben Swank who presented Isle Of Love with an offer to sign with Third Man, approximately thirty seconds after they played the opening weekend of the label’s new Soho digs (…so new, in fact, that drummer Jimmy left the stage with paint up his back).

Ben Swank, said of the signing: “I grew up a working-class kid in Ohio, coming of age in the early 90s… did Island of Love’s songs immediately strike a note of familiarity to the heartstrings of this former teenaged lo-fi obsessed anglophile? Yes they did. But it was no mere nostalgia (a ridiculous concept if ever there was one…).

IOL delighted and excited me from the second their corpse paint began to drip in the cold Brighton sun. They write killer songs and back them up with an exuberant stage show, ridiculous solos and harmonies acquired only through hours sat alone in one’s room, staring at Kinks 7″s revolving around the Dansette for hours.”

‘Songs of Love’ is to be released digitally in March and July 1 on limited 7″ vinyl.