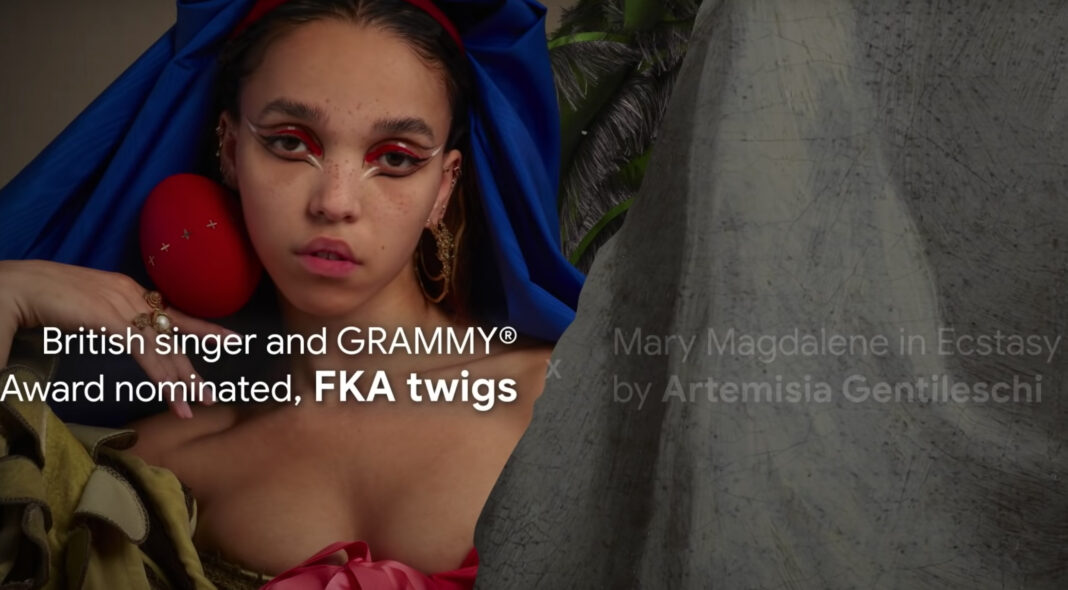 If you have an interest in art but could never get past your incredibly dull art teacher’s lessons, Google Art and Culture might be here to reignite your passion.

As part of their Art Zoom series, they’ve asked pop culture figures to dissect some of the world’s most significant paintings. For this series, FKA Twigs, Matty Healy and Grimes delve into the works of Artemisia Gentileschi, Piet Mondrian and Pieter Bruegel The Elder.

FKA Twigs, naturally, is interpreting a portrait of Mary Magdalene (her most recent album was named ‘Magdalene’) by renowned Italian Baroque painter, Artemisia Gentileschi, one of few women in her field in the 1600s and provides a rare feminist perspective on Mary Magdalene.

Fantasy lover Grimes, delves into the work of Dutch Renaissance artist, Brugel, specifically his painting The Fall Of The Rebel Angels. The painting depicts a passage from the bible which details the apocalypse and the war between good an evil. The painting is an assault on the senses, with farting demons, seven-headed dragons and armour-clad angels in a scene that Grimes describes as “distinctly modern” going on to say that some of the creatures “look like they could be made in Spongebob Squarepants”.

And then lastly, we have Matty Healy discussing Piet Mondrian’s Large Composition A With Black, Red, Gray, Yellow and Blue. An abstract painting, Healy muses on its timelessness and how perhaps, right now, we may see the lines as those of isolation.

Watch all the Art Zooms to date on YouTube. I mean, what else are you doing really?