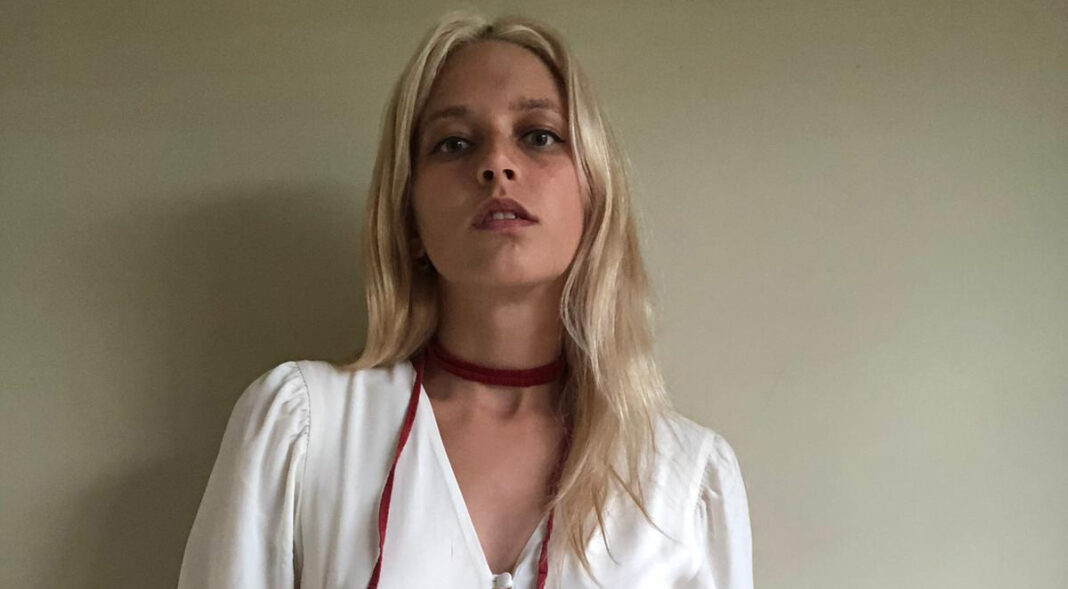 Recently, The Gender Disparity Report, a study conducted by music publicist and consultant Linda Coogan Byrne, found that over a 12 month period, Irish female musicians were played 90 percent less than their male counterparts – with four stations not playing a single female voice in their Top 20 songs over a year. We spoke to Irish musician Aoife Power, from Whenyoung, about the results of the study and why promoting other Irish female artists has always been high on her agenda.

You are currently in the studio working on your second album, how’s that going?

We started the second album in January. We started writing it in January and then we went to Wales, to the studio in Wales, near Haverfordwest. And we recorded a handful of songs and it was kind of a trial to see if things would work out and then we liked it so we went back again. Now, we’re going on to our fourth session of being there. We’re going back at the end of August and hopefully we’ll have the album finished by then. So it’s been an interesting process but it’s actually been very positive. We’ve really enjoyed recording it this way.

Last month, it was reported that “Irish radio (was) failing to support Irish female musicians”, did this shock you or was it something that you were already aware of?

I was definitely upset when I was reading the report, but I wasn’t shocked at all because when you listen to Irish radio…I live in Ramsgate so I don’t tune in all the time but I’ve lived here most of my life, in Ireland and when I’m home, you can tell. You can tell that you rarely hear Irish female artists on the radio so it wasn’t that shocking really.

Most Irish radio stations rarely or never play Irish female musicians in their Top 20 Most Played songs, why do you think this is?

That’s an interesting question. There’s 28 radio stations in Ireland that were analysed and there was one radio station [RTÉ Radio 1] that has a 50/50 policy, that plays female and male artists equally and they do that consciously to support homegrown talent and they do that (because) they realise they’re in a position of influence, that they can help to shape culture. I think that a lot of the other radio stations should adopt this kind of policy, because they’re in such an influential position and it could be unconscious that the Head of Music or the people curating the playlists are not supporting women but that’s not really good enough any more, to be honest. You have to be aware that you’re in a powerful position and that women need to be supported, and that it’s harder for women. I guess it is the producers or the Heads of Music at these shows who are picking the lists, they are in a position of power to make a big difference.

What do you think of radio stations saying they don’t get many submissions from women?

I find that quite interesting because obviously there is a single that is Number 1 in the Irish charts right now and it is a group of female artists [Women in Harmony] who – there’s about 30 [38] – who have done this together [in aid of Safe Ireland] and they covered ‘Dreams’ by The Cranberries which is a very popular Irish song and it’s been Number 1 and all of these artists…I don’t see why their music isn’t supported on Irish radio more, seeing as this song has done so well. Hopefully, this will start a change there. I’m not sure. I’d love to see proof of [radio stations not receiving enough submissions from female artists] because it doesn’t really seem true that there aren’t enough submissions.

I just thought that it was a really educational experience for me. I thought other people might appreciate this too. A lot of the artists I was researching, I was listening to them on Spotify or on Bandcamp or wherever they had their music and it opened my mind to new Irish artists that I’d never heard of before, some obviously I had heard of and a few of them, I had met and it was great to share those artists with people and I just thought it was really important that our fans could learn about these musicians and also I felt like, if someone did that and included me on a list, I would be so happy to feel a part of this scene and it’s really important that we all support each other.

What was the reaction from the artists you featured in your lists?

It was really positive. It was really nice. I spoke to a lot of people. A lot of them messaged me and they were really thankful. A lot of them hadn’t heard of us, and they went and listened to our music. I did the same [with] them. We hadn’t heard of each other because we don’t get enough representation. That could be one of the reasons. It was good to delve in and look for artists and realise that there’s a lot of good quality music out there that you just might not have heard of.

How do you think not hearing female voices on the radio affects the next generation of musicians?

I think a lot of younger girls might not think that it is a career that they could get into because there aren’t enough people that are like them, with an Irish accent or from small place, who have reached success so they might just never give themselves that chance to get into it, even if it was a dream. They just might think there’s no hope for them so I think that it’s really important [to have more representation].

Who do you recommend we listen to?

I have a massive list. I put some on our Instagram. I’m going to keep adding to it. I stopped because we were really, really busy in the studio but I named 140 female artists including if there are bands with [female] artists, like us. I also included them. Sinead O’Brien (who is a good friend of mine), Orla Gartland, Saint Sister, Lankum, Loah, Lisa O’Neil, Biig Piig…

There are just so many female artists, of all different genres, out there that are making amazing music.

What did you think about the fact that there is only one act in the Top 20 who is from the Black community?

It’s crazy and when I was listening to Irish artists I discovered a lot of black female artists that I hadn’t heard of before and whose music is incredible. It’s unfair that black female artists aren’t represented and that’s part of the radio stations in Ireland. They need to take into consideration that gender balance and diverse representation. They just have to change. It’s just so important.

What do you think should be done, moving forward, to improve representation?