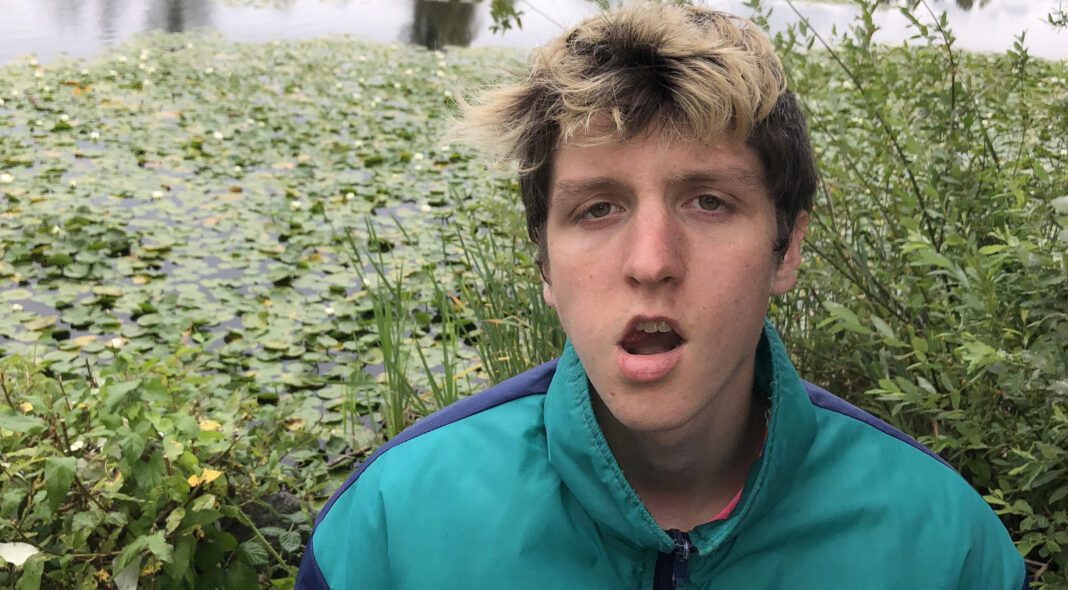 At age 21, Canadian artist Powfu has already firmly grasped the title of one of 2020’s breakout stars, his lo-fi hip-hop tracks hitting over 20 million monthly streams on Spotify. What started out as a bedroom project has become a marker of the importance of social media platforms like TikTok in determining an artist’s success. After sampling Beabadoobee’s bedroom track ‘Coffee’, on his breakout single ‘Death Bed’ (a song about a dying man saying goodbye to his girlfriend) Powfu became the latest artist to find success on TikTok.

To say ‘Death Bed’ went viral would be an understatement – at the time of writing, it has become the soundtrack to over six million videos on the platform. The music video also has over 160 million views on YouTube, it’s certified platinum in five countries, gold in four and a dance challenge has even been created, to a remixed version of the track.

Despite its somewhat dark lyrics, the track resonates with young people, a fact that is definitely not lost on Powfu. “It’s pretty crazy. It was really cool seeing it blow up. Really unexpected as well, it happened pretty quickly. It’s very epic and I feel blessed to be in this position where I can help out so many kids”. Seeing success happen in such a short space of time would be nerve-wracking for many, but not for Powfu. “I was loving it the whole time. Maybe a little nervous at the start but I’m not anymore”.

He was surrounded by music from an early age. “I was about 12 when I started writing songs, but that was kinda just for fun. I started taking it seriously when I was 17,” he says. His father, David Faber, is the lead vocalist of “successful Canadian punk band, Faber Drive”, who were first signed to Chad Kroeger’s (of Nickelback) label, 604 Records. It’s no surprise then, that Powfu was heavily influenced by Canadian and American rock growing up, genres that can be heard on his more recent releases, including ‘17 Again’, listening to the likes of Simple Plan and Yellowcard.

Artists such as B.O.B, Eminem and Mac Miller, however, introduced him to what a career in hip-hop could look like, although he also cites Nicholas Sparks movies as an influence too. He achieved the perfect blend of the worlds of American rock and lo-fi hip-hop when Blink-182 agreed to remix ‘Death Bed’. “I’ve been listening to them a lot the past couple years. Not much as a kid,” he says, “I told my label they were the number one people I wanted to work with and they made it happen”.

With success came transitioning to a bigger playing field – he signed with Columbia Records earlier this year, rereleasing ‘Death Bed’ on the label, having independently released his previous tracks. It’s marked an important, welcome change in his career so far, which is still in its infancy. “It’s pretty cool… overall it’s been a good change” he says. “It’s been cool being able to see both sides of it and I’m thankful for everything that’s happening”.

The nostalgia felt on ‘Death Bed’ continued into Powfu’s latest release, ‘17 Again’. The song speaks to a teenage love story, sung over strong, melancholic guitar lines. “It’s about a young couple that grows apart because the girl’s parents had a divorce and moved away bringing her along. So now they are both in college, living far apart from each other and she’s got new friends while the boy still misses her. And he’s hoping that they meet on seventh street again where they used to always see each other and hang,” Powfu explains.

It seems like Powfu might be going in rockier direction, something felt on ‘17 Again’ but it’s still early days – he’s yet to release a debut album – and what is genre these days anyway? “I just like making whatever I feel like making. Over the past few years I’ve definitely listened to more punk rock and stuff. I’d like to mix it with rap and singing a bit more, but who knows what will happen”.