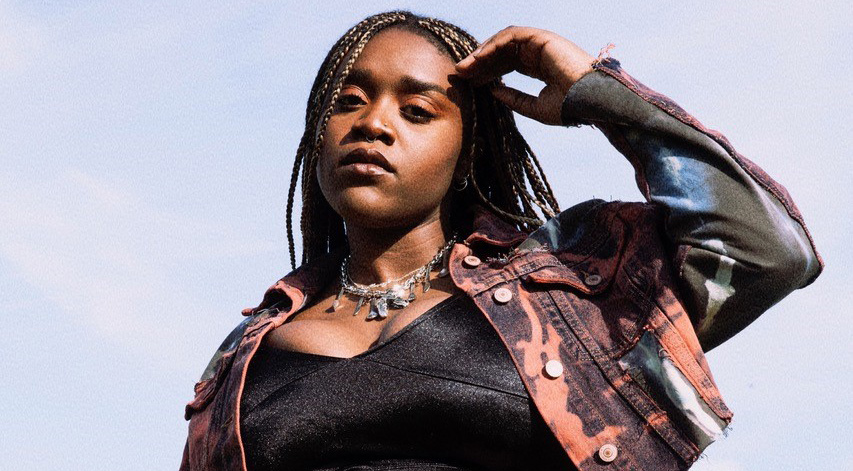 From playing the double bass as a child to working with long-time friend and producer Dom Porter, Essex-born Mercy’s Cartel has grown up expressing herself through her music. Her songs – fresh R&B confessionals and witty, playful takes on modern frustrations – have gained critical acclaim from the likes of BBC Introducing and, pre-pandemic, earned her early slots on festival bills from Standon Calling to Glastonbury. On recent track, ‘Falling’, she tackles the all-too-relatable topic of managing a socially-distanced romance during the pandemic.

A recent attendee of Native Management’s programme which promoted more women of colour in the music industry, more than ever, Mercy feels liberated to make the music that she wants to make. “You can’t live your life doing things that make you unhappy. All these societal structures are just bullshit!” she laughs. It wasn’t until she left Essex for University in Bristol that she recognised how much these structures were holding her back. “Bristol is such a mad city, isn’t it? I came out as bi. Being around people who accepted me was great. It just expanded my mind a lot and I felt like I could finally be myself”.

As Mercy begins to explore new avenues and break out from the societal expectations that she had dealt with in the earlier days of her career, we spoke to her about her experiences of racism, being her authentic self, and why she’s embracing the things she can’t change.

I read that you felt the pressure to go into a career like law or medicine, what was the moment that made you realise that those kinds of careers weren’t for you?

I started playing music when I was eight and I kind of got conned into playing the double bass by my Dad because this violin teacher came into school, gave me a double bass and the council gave me free lessons. I liked the process of making stuff and showing it to people. When I got to Uni, my friend that I had been singing with in college started making beats. I was singing on his stuff and people on Soundcloud really liked it. I remember this track, ‘Nick Of Time’, got played on my local BBC Introducing in Bristol, and I was so gassed! But the pivotal moment was when I was contemplating dropping out, and I’d been hospitalised, I’d had a bit of a mental break. My life changed from there, and it made me feel like I need to do things that make me happy.

You experienced a lot of racism where you grew up in Essex. I was wondering how you coped with that?

It was traumatic, you know? Sometimes I think that maybe I should have gone through finishing the police reports and doing the news cycle, but I really felt like my name was being used just for a headline, and not because people cared. I try not to read anything, but there were some people in the Daily Mail who thought “oh they’re a woketavist”, about me. [in 2017, Mercy publicly showed solidarity for a friend who had been the target of racial abuse in a viral video, directed at them by a former classmate, and spoke about her own experiences the year before]. I wasn’t just doing it to complain for no reason, these people actually committed a hate crime against me. A lot of people don’t realise that a lot of the conversation around diversity is inner-city, and I always think I missed that by not living in a city. When people used the story for a headline, it felt like they were distracting from how much it upset me. I lost so many friends because of it, and it was traumatising. It coincided with me going to hospital, doing therapy. Even now, I’m more socially anxious from it. You asked how I coped with it, and my answer is, I don’t!

How has it influenced your music?

As I’m getting older, I’ve met a lot of amazing Black women who have made me feel more self-assured in my identity. Before that, I was naïve when the Black Lives Matter stuff happened, I thought people would agree. I didn’t think people would actually think I was less deserving because of my skin colour. I feel like that reflects in my music. I felt scared to take risks. If you listen to my earlier stuff, my voice was a lot sweeter, I was afraid to sound deeper, but now I’m just having fun with things. Just being Blackity-black! Also, I’m an Essex girl, so I’m just being both. That will come out in my music over time, it’ll become more authentic.

I think a lot of people will relate to everything you’ve just said. But I don’t think we’ve really gotten any less racist, it’s just more obvious now.

During Black Lives Matter last year, all I felt was tension. People hated that there was more representation and more conversation about it. I try not to think about it too much. It’s something you have to deal with every day, but all you can focus on is doing the best you can do.

How do you and Dom Porter work together?

We used to just co-produce together and had loads of ideas, but now because of the pandemic we’ve had to think differently. He sends me things he’s working on and I write over that. I also send him ideas and then he’ll produce. It’s goes back and forth. We’re trying to support each other. My next single will be the first single I produce, and he’s helping me with little touches here and there. Hopefully in the future we’ll be able to be in the same room and make some mad stuff.

I love ‘Falling’, especially the live version you put on YouTube. It’s about a socially distanced romance – is that something you’ve experienced?

I met my boyfriend at the beginning of the first lockdown and times were hard. I got to a place in song writing where I liked things being a bit witty and funny, a bit tongue in cheek, and all the song writers I like are quite funny. I just felt like I was falling in love and I couldn’t really work out if that was because of the lockdown. I wanted to capture the feeling of where you want to see someone, and your insides start to burn.

I also loved the video, which was very funny. How did you come up with the idea?

I just wanted to feel sexy. I bought my first Savage X Fenty and I gained lots of weight. I do have a lot of body positive Black influencers that I really love, and I was thinking more about my platform and people who look like me and what they might think seeing me. The lyrics are about sex, and I knew I wanted to be overtly sexual as a joke. I wanted to be a girl who had gone crazy in lockdown but now she’s flirting with a mannequin because there’s no one else she can be with.

I’ve come to the conclusion that I’m not going to look like what I thought an artist was meant to look like growing up. I want all my videos to show my personality, and it’s something I want to work with. I love Tierra Whack and Missy Elliott for those reasons, I love all their music videos. I’m really glad you found it funny, I was nervous to upload it.

Can you tell me about your upcoming releases?

The next single is called ‘Criminal’, and it’s kind of lockdown themed as well, because obviously we’ve been here for a year and… it’s my life. I produced it myself, and I love the 80s. I realised everyone is doing that one style of 80s, and there was a lot more going on in the charts. Michael Jackson’s ‘Thriller’ came out, Luther Vandross, Whitney Houston. All the groovy stuff, that’s what I wanted ‘Criminal’ to be like. It’s still tongue in cheek, has a little bit of a hip-hop flare, but that’s the lane the next single is going to go down.