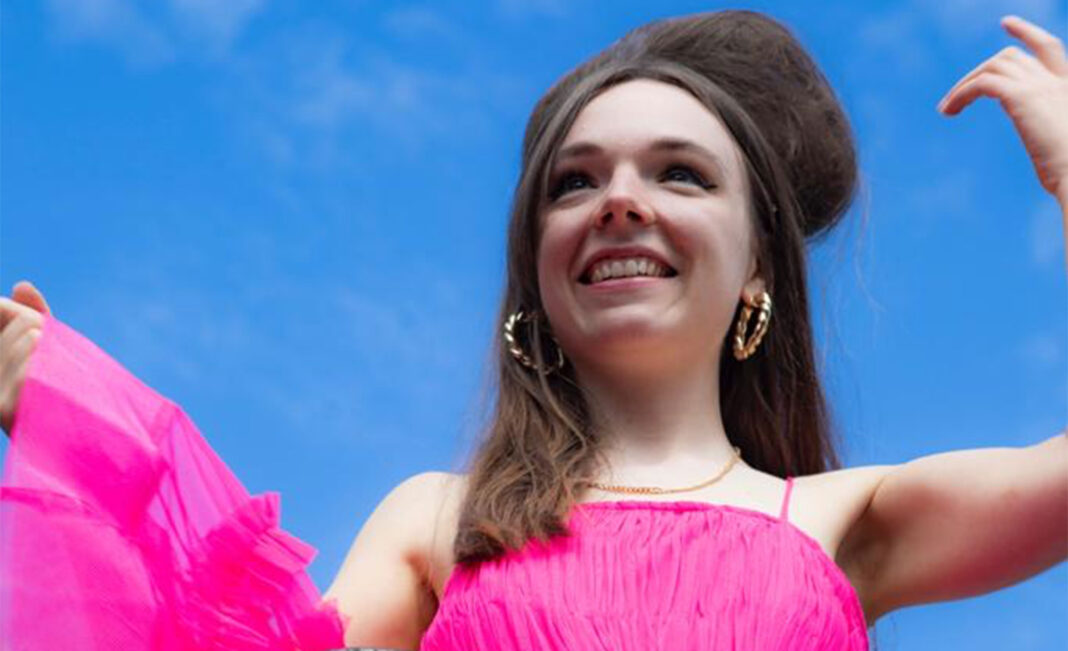 Hailing from North West London, Emily Capell has been coined the adopted daughter of Jamie T and Billy Bragg. With rich-toned vocals, a classic storytelling format and a banging beehive to boot, Capell’s music is drenched in nostalgia.

Ahead of her headline show at Bedford Esquires on December 2nd 2021, we had a chat with Emily and got an update on her highly-anticipated second studio album, following the success of her debut, ‘Combat Frock’ – an ode to her favourite band, The Clash.

Hi Emily, it’s exciting to have you perform tonight. Did you find that in lockdown you had a lot more downtime to get songs written?

Yeah, we’ve kind of written the second album, most of it’s done. I was also writing with another band called Dreadzone.

Tell us what your first live show was like after lockdown lifted?

Our first live show was to Prince Charles in the 100 club, which was mental.

I work quite closely with Amy Lamé at 6 Music and she rang me and Prince Charles and Camilla were doing this thing where they were going around promoting little venues like this and they did one in the 100 Club.

Would you consider yourself a royalist?

Not really, the thing is that they were promoting venues that we need to save, like this venue. That’s what it was, I don’t know whether I’m a royalist or not really, I love The Crown but it’s about the venues for me.

It’s well documented that you’re a big fan of The Clash, if there were to be another Rock Against Racism concert like ‘78, who would you like to see on the bill?

Would you ever play the first song you ever wrote called ‘Peter’ about Pete Doherty’ leaving The Libertines?
No, absolutely not, I don’t even think I’d remember it, I think I’ve also reused the chords and the melody for something else so I really can’t, so no.

Do you think the current socio-political climate is creating space for that punk sensibility to return with songs that have the ability to unite and revolutionise?

Yes, I do but I don’t think the society we live in at the moment allows that.

Musicians before would go on the dole, so then they would use all their time to write and get better at their instruments, we can’t afford to do that. So yeah, I think that we should be writing about what’s going on politically and I think we are and people like Stormzy and Dave and that whole Grime scene really is, but I just don’t think that there is the support and the excitement anymore.

Do you think that grime and rap are political in the way that punks were in the ‘70s?

They have 100%. And I don’t know whether that’s because it is more lyrical and also it’s so expensive to run a band. Like, I pay for all my boys, I pay for all the equipment, I pay for the promotion of the night, so over lockdown, the biggest thing is that people have stopped doing this because they can’t afford it.

And also I hate to say people have lost faith in politicians but they really have, it seems like there needs to be some kind of… revolution.