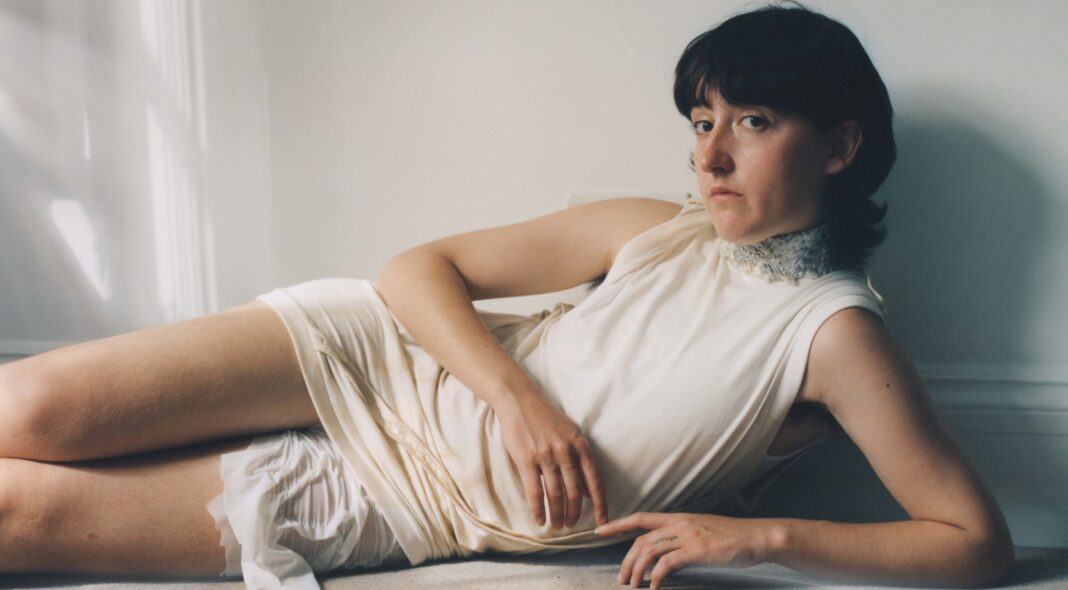 Multi-media artist El Hardwick’s latest project was prompted by the constant stream of disastrous news. “I felt like I was in this state of apathy,” they explain. “Every time I read the news it was like oh, this again. Crisis after crisis and the same old stories as well.”

Combining music, poetry and photography, El’s electronic debut album ‘8’ tells the story of a dystopian near future where the social elite upload their brains to a server in order to escape an Earth ravaged by climate change. It’s a cautionary tale that weaves together digital justice and colonialism with the ongoing climate crisis.

El came up with the narrative in 2015, but there couldn’t be a more poignant year to release this album than 2020. The bad news keeps on piling up and storytelling could offer a way out, whether that’s the brief release of escapism or through guiding the way to new solutions. “Science fiction felt like a container to make sense of these crises,” El says. “By creating this storyline that tied together all these crises, I felt like I could name what was happening which is essentially capitalism and colonialism.”

Here, we speak to the artist about their debut album, storytelling, finding hope in slowing down, and being a multi-hyphenate creative.

How does it feel to be releasing your debut album in this weird time? Do you think the way that people receive music is different at the moment?

I think many people have really felt like art and music throughout this time has been a lifeline. Working in science fiction as a medium on this project has really allowed me to understand that storytelling is such an important part of processing the world we live in and navigating political crisis. This is part of why Ursula K Le Guin had such an influence on the project. She argues that the first tool made by humans wasn’t a weapon or a sword. It was a container or a vessel. It contains stories. She talks about how in hunter gatherer communities the people who were most revered weren’t necessarily the hunters bringing back the catch, but the hunters bringing back the story. The story was as much of a necessity as the food. I have understood the power of storytelling as something that is really vital. It doesn’t feel like a loss to be releasing this project at this time. So many projects have been put on hold but I think we need stories now more than ever to keep us hoping and dreaming.

Tell us about the concept behind ‘8’.

In 2015 I came up with this story about technocrats deciding to colonise cyberspace as a way to escape the climate crisis that has been created on Earth by the global north. If you look at Elon Musk and he’s like, “Let’s colonise Mars now”, you realise we’ve fucked this planet. I wanted to apply that to a cyberspace realm and use that idea of the border between the digital world and the real world as a metaphor of the policing of borders. There are a lot of layers within it. These narratives are often told in very linear ways. There’s this linear progress narrative of good vs evil, that we’re gonna progress if good defeats “evil.” I wanted to create something that looked at the actual complexity and nuance of the world because these binary systems don’t actually exist. They’re constructed by dominant power structures. There’s a lot going on but it’s mainly about contradicting this linear good vs evil narrative to create something more cyclical. To me, cyclical time is much more in sync with a relationship to nature whereas if we think of time as linear where’s the breaking point? It doesn’t feel sustainable.

You said you like the subtlety of using music and photography as the format for the project but it is also accompanied by a poetry book. How does the poetry play into this narrative?

The music is like a soundtrack and the photographs are like an illustration or stills to go with that soundtrack whereas the poetry more clearly tells the science fiction narrative. Like the music, the poetry is written from various perspectives, but the music has a lot more different layers of meaning within the tracks. Some of the tracks I wrote almost to sound like love songs. If you change the perspective to imagine that they are written as songs about my relationship to capitalism rather than to a person then the meaning of the songs change. A lot of the songs that have this love song element to them are about wants and desires and I feel like wants and desires are very interlinked with what we’re told to want and desire under capitalism and what we’re told to extract. That comes into the music whereas in the poetry it’s very clear what it’s about. I think the poetry could very easily exist on its own and the storyline would be very clear.

Your main creative pursuit until now has been photography. When did you start making music and why did you decide to go down that path?

I’ve always wanted to make music but the narratives presented were either you learn a classical instrument at school or you play guitar or drums or bass in a band like all the cis boys at school which felt very intimidating. I didn’t really feel good enough to be honest.

My music taste was always electronic. Even when I was a kid listening to Madonna’s ‘Ray of Light’ album or Bjork. In 2013 I started playing around with a friend’s synths. My partner at the time had this loop pedal that we would plug a mic into and loop our voice and build up these really experimental vocal loops. The sounds were always what was more interesting to me than the compositional journey. I could just sit and listen to a loop which is probably why I like techno and ambient music so much. It was a combination of that and also passing my driving test which coincided with a friend giving me Kate Bush’s entire back catalogue. I burnt them all to CD and would listen to them in the car.

Driving in my car was the first time in my life I had been in a space completely on my own with no inhibitions or worries that someone was gonna hear me sing and it was gonna be bad and I’d be embarrassed. I realised I can sing. A friend of mine knew that I’d been messing about with music and said they were going to put on a tiny DIY gig for their birthday and asked if I wanted to play. It wasn’t something I’d ever really considered but it just happened and then I started to take it more seriously from there. I had always wanted to make music but it felt like this language that I couldn’t speak. I think realising that there are many different ways to speak it really changed things for me.

What are you hoping to do next?

This project has felt like a real turning point of tying together artistic practices that I’ve previously treated as very separate. I’m really excited to do more of that. I feel excited to be quite fluid. I’m currently studying permaculture and horticulture. The slow pace of working with plants has been so nourishing compared to the sense of urgency that the arts often has. I’m excited to think about how that intertwines with my creative practice. Something that really excites me about working with plants is the folklore and the storytelling and the history of plants and how much of that has been forgotten and how we’re having to learn that again. I feel excited to keep thinking about different ways to tell stories. I’m starting work on another project that looks more closely at the healing power of nature and rebuilding a relationship to the earth in maybe a bit more of a hopeful way than this album. I think there are parts of this album that reflect back at us in a cautionary way. What happens if we take an extractive behaviour to its ultimate extreme? The next project I’m thinking about puts the spotlight on what gives me hope.

A print fundraiser to celebrate the release of ‘8’ continues until 13th November. All profits go to The Advocacy Academy.